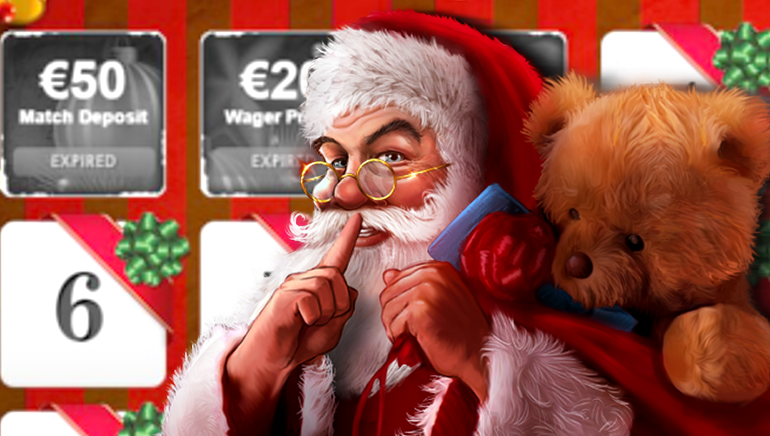 A digital advent calendar featuring real snow and 25 rewards for new and existing players has been unveiled at BETAT.

Once December begins, there are 25 days to savour up until and including Christmas Day. During the festive season, a common theme among online casinos is to spruce up their websites with decorations. And the latest to join the Christmas brigade is BETAT Casino, where an advent-themed event has been launched to mark the 25 days of the festive season.

From Monday 1 until Thursday 25 December, BETAT Casino will be hosting its Advent Calendar 2014 event. The promise is that any player who registers with BETAT during December can snag up to 25 rewards in the form of bonuses, cashback deals, and various other offers.

Setting the event aside, it is impressive to see the lengths BETAT has gone to in designing and setting up the advent calendar itself. Players can actually look upon a calendar featuring 25 windows. As expected, red is the dominant colour, with gold and green also appearing subtly. And, at the side of the screen, a giant Santa Claus makes an appearance.

And all of this is set against a wintery backdrop where thick snowflakes fall freely in the background. Further adding to the festive spirit is the playing of a Christmas jingle. Of course, players can deactivate the sound if they aren’t partial to Christmas music.

A great deal of creativity is on display in the calendar. And the last feature to note is that only the current day’s calendar door can be opened, which means that players can’t skip ahead like they might have as children.

Casino deals can be extremely useful in enabling players to try out new games and increase their playing time without using their own funds. Another key element of these promotions is that they reward players for being part of a casino site. Any casino that doesn’t realise the importance of this is not looking after its players properly.

Earn Cash When You Use the BETAT Refer and Earn System