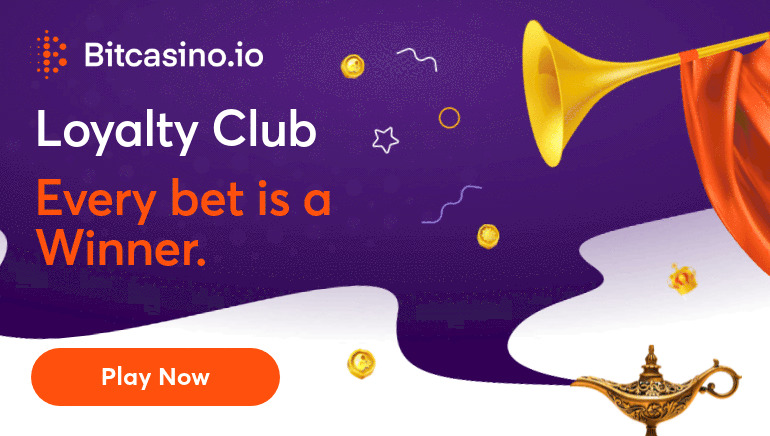 Loyalty Club is a brand new and unique loyalty program offered by Bitcasino.io that does away with traditional bonuses and offers a more engaging and rewarding experience.

Bitcasino.io, one of the better-known names in the world of cryptocurrency casinos, has launched its new and revolutionized rewards system. Moving away from the traditional bonus system, Bitcasino.io has turned to a tailor-made, instant rewards program for all players simply called Loyalty Club.

Giving Players What They Want

According to casino officials, the new program has been built using the feedback from the players and tailored to their expectations. The model features seven different levels and there are 22 milestone rewards players can unlock along the way.

In addition to these rewards, the new loyalty program also offers a win-win feature, where players get to receive cashback, which is calculated not based on their losses (which is usually the case) but on their wins as well.

The goal of this rather extensive reform was to answer players' demands and provide them with the kind of rewards that they asked for. In doing so, the casino has completely removed traditional bonuses, including their welcome bonus. What this means is that players will no longer need to worry about complex wagering requirements and other restrictions that come with claiming such bonuses and will be able to enjoy their gaming experience much more.

With new Loyalty Club, players can independently reach defined levels and milestones, which immediately produce various rewards tailored to players' gaming preferences and habits. These rewards are issued straight into the account without any interference from Bitcasino.io.

What makes this program particularly interesting and unique is the fact that these milestones don't have predefined values and are controlled by the player and how much they play. All players are adequately rewarded but those who play more can, of course, expect bigger rewards.

Some of the rewards found in the new Bitcasino.io Loyalty Club include spins on some of the most popular slots, cash rebates, point multipliers, and even real money with no wagering requirements whatsoever.