Pacific Poker at 888 is offering their players the once in a lifetime experience to take part in the World Series of Poker (WSOP) alongside cricket legend, Shane Warne.

Play to win
Players can compete for the top prize at 888's Pacific Poker. The online final will take place on June 14. Players can qualify by finishing in the top three of any of the site's free daily competitions. Players can also improve their chances by playing in the daily $1.10 buy-in qualifiers where the top eight all go through to the final.

Top prize
The lucky winner will be flown to Las Vegas alongside sports star, Shane Warne, to take part in the world famous WSOP tournament. They will also be put up in a five-star hotel and receive $2,000 in spending money.

Cashing in at 888
It is not only the casino winners who are doing well. Numbers released in February have shown 888 has recovered from its departure from the US market, reporting impressive fourth quarter results.

And through their latest Vegas promotion the casino giant, it would appear, is keen to spread the joy amongst their players. 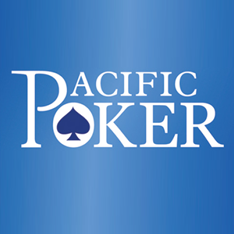 888 Casino Promotion of the Year