Find the Heart of the Jungle with New bet365 Slot 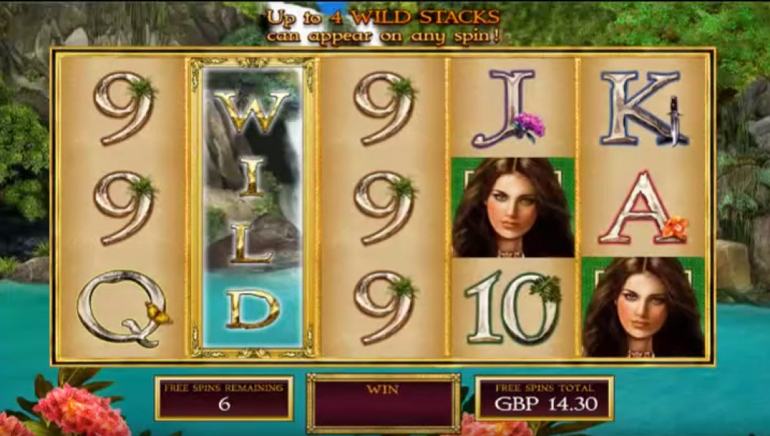 Plunge into the jungle on a romantic quest with this brand new slot game just released over at bet365 Casino.

bet365 Casino has just unveiled a fresh slot for its players to enjoy in August. Heart of the Jungle comes from Ash Gaming, a subsidiary of global gambling software giant Playtech, and will give players a luscious slot game that also comes with an epic story filled with romance and adventure.

In Heart of the Jungle, Ash Gaming has actually managed to create a slot that doesn’t recycle any obvious themes. Where using a jungle setting is completely fine, there is no denying that the world could do without yet more Indiana Jones-inspired slots.

Heart of the Jungle attempts to draw players into the story by starting with an introduction that can be read on-screen or else listened to courtesy of a voiceover. Either why, though, it is certain to make many players take notice. In fact, this could be trend to watch for in the future, as developers are constantly trying to figure out how to connect with players.

Breaking Down the Gameplay

The slot is by no means one of the best-looking games you will ever see, but it has been created well, nonetheless. Ash Gaming has opted for the familiar five by three interface, allowing for 15 symbols to share the screen at the same time.

Before players get down to spinning the reels, they need to set the line bet somewhere between €0.01 and €25. However, it must be remembered that Heart of the Jungle has 50 fixed paylines. As a result, it might be wiser to play with a lower line bet in the name of bankroll preservation.

Ash Gaming’s Heart of the Jungle slot is also rich with special features. Expanding symbols have been integrated, a jungle trial can lead to free spins, there are payment boosts, and achievements can be unlocked for yet more rewards. You can try it for yourself by going to play Heart of the Jungle at bet365 Casino.

Go Mobile at bet365 and Escalate Your Winnings