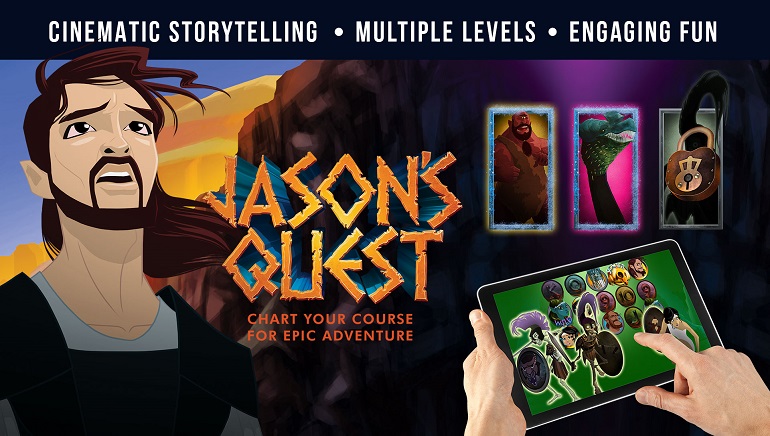 Jason's Quest is the latest video slot from Genesis Gaming, a game that allows players to battle fearsome mythological creatures while seeking the Golden Fleece, and other treasures, with Jason and his crew of Argonauts.

Genesis Gaming has recently announced the planned release of its newest video slot game in April, Jason’s Quest, which will be available for play at Genesis-powered casinos the likes of BETAT Casino, Unibet Casino and Video Slots Casino.

Managing Director of Genesis Gaming, Geoffrey Hansen, commented on the new game, “Jason’s Quest showcases our commitment to extending the player experience with a game. In particular, we wanted to leverage the levelling up element common in the social and video games enjoyed by millennials.”

Jason’s Quest is a game full of adventure, suspense and potential winning. Based on the legendary mythological figure, Jason, and his crew of Argonauts, the game itself has 5 reels, 25 lines and multiple levels. It is compatible with desktop and mobile devices, so players can enjoy it at their convenience.

The multiple levels in the game are made possible by a unique Genesis Gaming feature called Graduated Features. These features allows players to collect tokens in order to unlock new features as they play, which can change both the game play itself and the opportunities for winning.

The first level takes players on an epic battle against a Cyclops, another figure straight out of Greek mythology. In this level, players can win 10 free spins with a x2 multiplier, which turns into a x3 multiplier once other features become unlocked.

The second level places players and Jason against the Hydra, a terrifying, snake-like creatures with multiple heads. Each head that a player cuts off yields a different prize and multiplier.

The third level features the Skeleton Army, the last obstacle between Jason and the Golden Fleece. It is in this level that players can solidify their winnings and accrue even more free spins.

Genesis Gaming was created in 2008 and is currently one of the leading suppliers of online gaming content in the world. Genesis Gaming currently offers over 150 slot games which work across all digital platforms, including desktop, mobile, real-money and social gaming play.