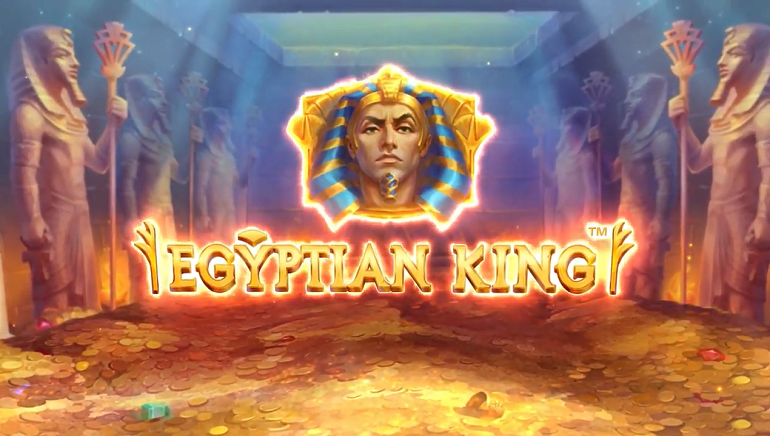 Players can compete for riches in iSoftBet’s new Egyptian King slot, which comes with 20 fixed paylines and a selection of bonus features.

Given the immense scope of Ancient Egyptian history, this theme has been richly explored by video slot developers. Now iSoftBet is the very latest to enter the field, having released the brand new Egyptian King slot to participating casinos, complete with riches that any ruler of the ancient empire would be delighted to hold.

Taking place amid the opulent surroundings of a pyramid’s golden hallway, Egyptian King is a mobile-compatible slot that’s in possession of an innovative structure. Although made with a relatively standard five reels, the second, third, and fourth reels all have an extra symbol displayed for each spin.

In the base experience, the four colours of the Egyptian gods are the most rewarding when aligned in sync from left to right over the 20 fixed paylines. A number of playing card symbols are also included, but these don’t offer the same high payouts as the multipliers that are available from the gods.

Up to three pharaoh wilds are able to appear on any spin, but can only substitute for base game symbols. Even more appealing are the pyramid bonus symbols, as landing three on the middle reels will lead to 10 bonus spins.

The bonus spins carry the advantage of randomly delivering golden wilds that can remain stuck in place until all of the turns have been used up. If a golden wild should appear as part of a winning payline, then this will add a generous return in the form of a 3x multiplier to the total.

There’s a curious purple amulet symbol with a circle in the middle and two golden cobras flanking each side. The purpose of these symbols is to trigger three Pharaoh Re-spins if two amulets are landed at once on the first and fifth reels. Wilds can then make an appearance at random to add 3x multipliers.