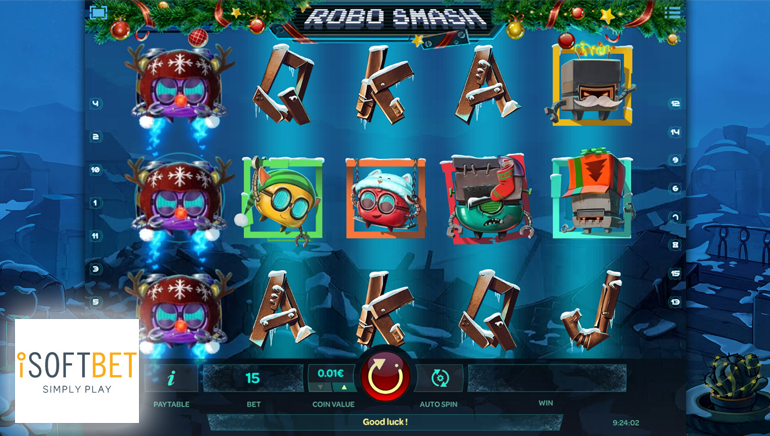 Robo Smash has undergone a fun festive upgrade for Christmas.

Robo Smash is a quirky iSoftBet slot that has received a charming Christmas upgrade for the festive season. For the uninitiated, Robo Smash is set in a scrapyard where two factions of robots are battling each other. The robots have various personas, with each having unique multiplier rewards when matched.

In the festive version, Robo Smash has been given a garland of Christmas decorations on the top of the screen. Meanwhile, the robots have been given festive clothing and the metallic playing cards have been encrusted with snow and icicles. Even the background has been modified to show snow covering all of the scrap metal in the yard.

Aside from the cosmetic changes, Robo Smash is fundamentally the same. On the interface, the slot still has 15 fixed paylines that are shown over the five reels and three rows. When wagering, it will also still be possible to adjust the coin amount from a range of values of €0.01 to €1.

The game features a 7,500-coin jackpot plus free spins, which can be unlocked with expanding reels landing on reels one and five. The second and fourth spins will have a 2x multiplier, while the third will be larger at 3x.

Available for a Limited Time

Robo Smash Xmas can be played now at iSoftBet powered casinos like Wintingo Casino. It is accessed simply by clicking to play the standard game, as the Xmas version is currently loading in its place. For anyone interested in playing the slot, they can play it from now until 5 January 2017, after which it returns to the standard version.

In releasing this festive version, iSoftBet is planning to capitalise on the strategy of adjusting games to celebrate special times of the year. The software provider previously had success when releasing Paranormal Activity during Halloween, with managing director Nir Elbaz highlighting this is a catalyst in the company’s strategy for Robo Smash Xmas. 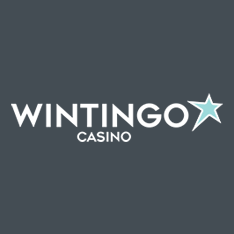