Playtech Launches £500,000 Giveaway in Celebration of of New Superman Slots 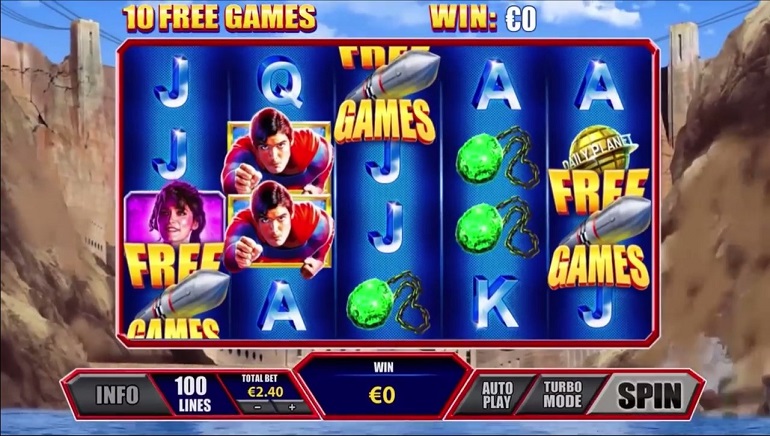 In the following period, Playtech will dish out £500,000 in four separate draws scheduled to accompany the release of their new Superman slots series.

Playtech, one of the best-known casino game developers in the industry, has launched a £500,000 giveaway across their entire network to accompany the release of their brand new Superman series slots. The promo will last for 28 days in total and will give players a chance to participate in several cash draws, with prizes up to £5,000.

Playtech's £500k giveaway is the continuation of their £250,000 promo which was staged last year when the company released their first DC-branded slot titles. That promo generated a lot of interest among players, and Playtech has apparently decided to go all out, doubling the amount for this promotion.

This is the biggest network-wide promotion Playtech has launched to date, and according to the words of the company's COO Shimon Akad, this is only a beginning. There are already plans in place for a similar giveaway to celebrate the start of the new football season later this year.

There are no special strings attached to this promo. To receive their tickets for cash draws, players simply need to play on one of the designated slots like Superman, Superman II, Man of Steel, Age of the Gods, Buffalo Blitz, Space Invaders, Plenty O' Fortune, and Green Lantern. For every £10 wagered, one ticket is awarded.

In total, there'll be four draws. The main one will see £200,000 distributed among the luckiest players, while the other three will feature a prize pool of £100,000 each. While top winners will receive £5,000, Playtech has envisioned this promo in such a way as to reward a great number of players, and there'll be hundreds of winners.

With no additional stipulations or restrictions, players will have a chance to pocket some extra money without having to give up anything. Tickets to the £500,000 giveaway can be won playing designated slots at any of the major Playtech casinos, like Winner Casino or bet365 Casino.