Playtech’s Age of the Gods Debuts at bet365 Casino 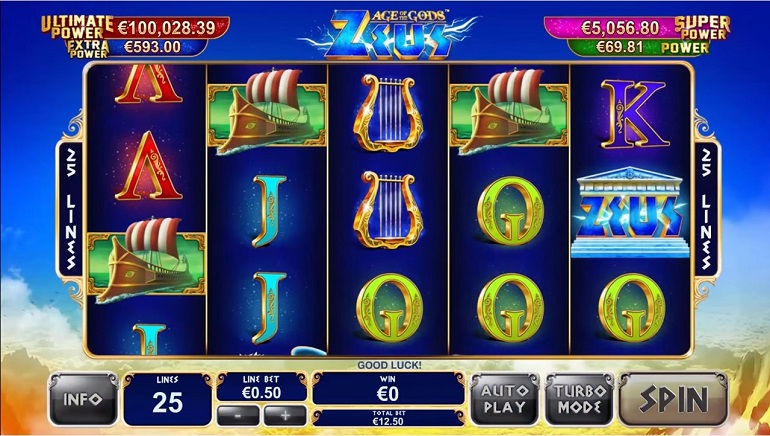 bet365 Casino has updated its game selection in time for summer. Experience the new Age of the Gods progressive slots for a mythical Greek adventure.

bet365 Casino has shaken up its game selection for summer 2016 by launching the brand new Age of the Gods series with three slot games. Each of the slots has been created by software provider Playtech, which will take over from Microgaming and replace the Dark Knight and the Dark Knight Rises slots at bet365 Casino.

Age of the Gods

This is a major step forward for Playtech, as the developer is typically focused on releasing branded video slots. Now, though, it seems that Playtech is ready to explore original content to a greater extent.

Age of the Gods is based on Greek mythology, with the five-reel slot designed with symbols designed based on Zeus, Poseidon, and others. Players will face the challenge of spinning the reels to try and create matches over the 20 paylines.

In terms of scale, players can wager from $0.20 all the way up to $500 on just one spin. The game is also loaded with bonus features, including Pantheon of Power, Age of Gods, various free games, and a multi-level progressive jackpot.

Age of the Gods – Furious Four

Furious Four shares a number of similarities with the first slot in the series. For starters, there are five reels, 20 paylines, and the wagering scale ranges from $0.20 to $500. However, it varies in that the focus is on four gods, including Apollo, Atlas, Pandora, and Prometheus.

To represent the gods, there are four ‘Age of’ features – these constitute stacked wild symbols appearing on the different reels. Furious Four also has free games, while the multi-level progressive jackpot again makes an appearance.

Age of the Gods – King of Olympus

King of Olympus completes the trio, and, in doing so, increases the paylines from 20 to 25. There are still five reels, so nothing changes in that regard. As ever, players will have special features to unlock.

The Zeus scatter symbols will be useful to look out for, as three or more will trigger free games, which will have a 2x multiplier that increases every two spins. Players might also have the chance to win one of the four progressive jackpot levels at random.