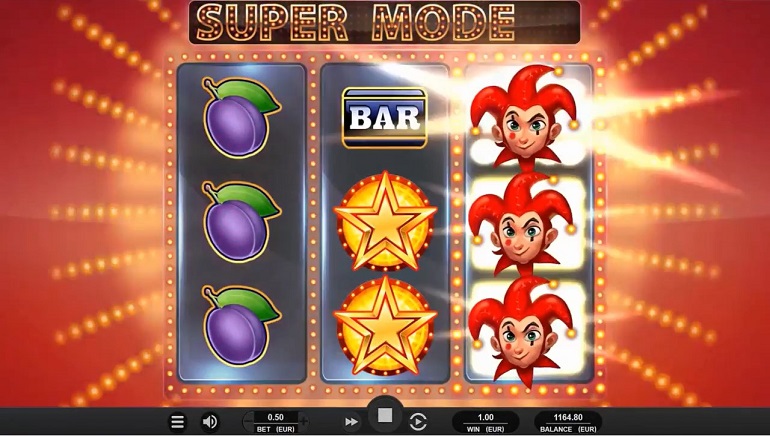 Epic Joker is a new slot from Relax Gaming that plays out over 3 reels and 5 paylines, rewarding players with reel respins, and a special Super Mode bonus round

Epic Joker has become the third release in Relax Gaming's' new line of video slots. It's a classic 3-reel game which has some special twists on the traditional fruit machine style.

The symbols will be familiar to anyone who has played a fruit machine and each is brightly-coloured to stand out against the blue reels. Cherries, plums and oranges pay lower-value prizes when they land across the 5 paylines, while bar icons, red sevens, stars and the cheeky Joker return the higher awards. The Joker is also a wild symbol, as well as the trigger for some special features.

Players can spin these retro-style reels from just 0.05 or raise their stakes to the maximum bet of 200.00 per spin. It's fully optimised to play across desktop PC's, smartphones and tablet computers and comes out just 2 weeks after Relax Gaming launched their Zombie Circus slot.

Comments From The Developers

Simon Hammon, Relax Gaming CPO, has said about their latest game: “We are delighted to have expanded our video slot portfolio with Epic Joker, an engaging title that captures all of our flair for rich and expertly constructed gameplay.''

“Well-timed pay-outs encourage longer play sessions, and we are sure that both new players and veteran slots fans will love the game’s fresh twist on a classic formula.”