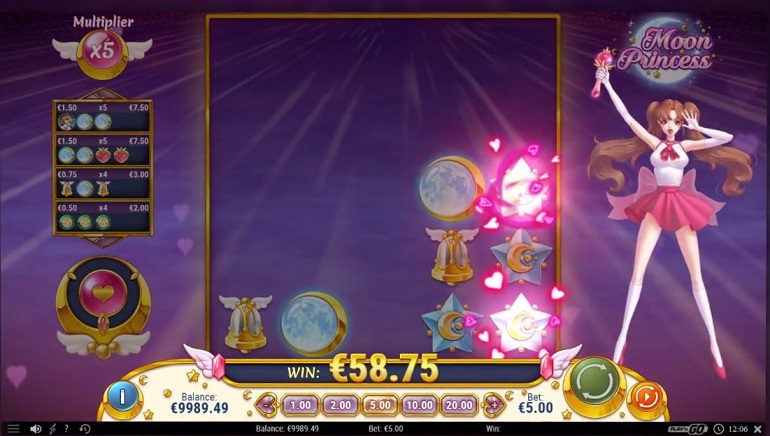 Moon Princess is a 5x5 grid-based slot with symbols that drop down into the grid following winning combinations. Special features include Girl Powers, Princess Trinity, and Free Spins.

Play’n GO’s newest slot, Moon Princess, is releasing today, following last month’s successful release of their Sweet 27 slot. Moon Princess is of a different sort - instead of sweets, it features three animated princesses who are there to help you reap rewards. This slot game has loads of special features, all of which are geared toward helping players create more and more winning combinations.

High-paying symbols include the three princesses (Love, Star, Storm) and a moon (the wild), while lower paying symbols are a bell, heart, star, and rainbow.

Whenever a winning combination of princess symbols is scored, the on-screen meter gets loaded a little. Once the meter is full, you get one free round. If there are no more wins after that, the Princess Trinity feature is triggered. During this feature, the princesses’ different powers take turns appearing, creating more chances of winning.