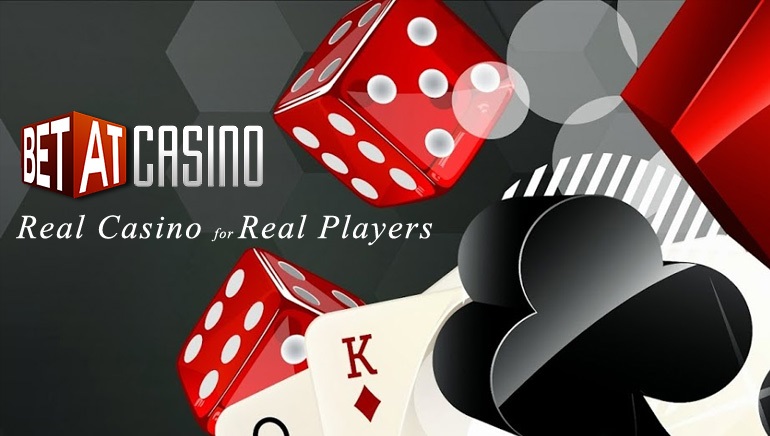 Yet another exciting year has been experienced in the online casino market in 2014. Discover our excellent pick for the most promising site of 2015.

After evaluating all facets of the global online casino industry throughout 2014, we have been able to analyse the best sites currently in operation. However, there is one casino site above all others that is our pick for the most promising in 2015… BETAT Casino. Find out exactly why by checking out the sections below.

A limitation of the global online casino industry has been the uneven focus on English-speaking players. However, this strategy has been unfair to the players who do not speak English. Thankfully, BETAT has sought address this imbalance by adding Finnish, Greek, Portuguese, Russian, and Spanish to the site’s language selection in 2014.

The expectation for 2015 is that BETAT will continue to welcome new players from all over the world by adding yet more languages. This will prove to be a pivotal step in the operator becoming a worldwide brand. Currently, the site’s top five markets are Australia, Canada, Finland, Sweden, and the UK.

From 1 November 2014, the UK online gambling market is adopting a new system whereby all operators serving the market have to be licensed in the UK. BETAT is one of the few not to be affected, as the site has already acquired its license and will be permitted to operate without issue.

As of November 2014, the mobile casino has close to 80 games. For the most part, the games consist of mobile slots. However, that is to be expected due to the diverse potential for new brands and story themes – plus the mobile conversion of older games. Additionally, it is also possible to play table games and video poker.

What really benefits players is that the huge selection of mobile games comes from two leading software developers in the form of Microgaming and NetEnt. Expect more brand new mobile slots to be released on BETAT in 2015 as the site continues its expansion.

Again touching upon the topic of global expansion, BETAT will be drawing in more players by adding payment methods that appeal to international players. The casino has stated Sofort will be added for players in Austria, Germany, the Netherlands, the UK, and Switzerland (euros only). Meanwhile, Trustly and Entercash will be added to process deposits and withdrawals made by bank transfers in Estonia, Finland, Poland, and Sweden, with Denmark and Spain to follow later.

Throughout the continued ascendancy of BETAT Casino, more and more stories emerge of players who are managing to score huge winning sums. Transparency is of incredible importance in the online casino market, as players need to trust the sites at which they play. Vital to that is the sharing of winner stories to demonstrate that winnings are being paid out on a regular basis. As for the most recent winners, here are three impressive hauls: JP from Canada won an incredible CA$186,000 playing Gold Factory; KK from the UK won £32,000 playing Starburst; and MR from the UK won £17,500 playing Creature from the Black Lagoon.

BETAT laid the foundations for its current success by making crucial changes in 2013. Having previously used bet.at.eu, the site rebranded to the much more appealing name of BETAT Casino. Also part of the rebranding was the decision to improve the visual standard of the site and display all of the most appealing games.

On that note, BETAT added the Achievement Feature to highlight the excellent online slots it could offer players. For headline Microgaming slots, BETAT will track your lifetime gameplay and provide you with rewards as you unlock the various features. This is an innovative approach currently being pioneered by our most promising 2015 online casino.

Regulated Online Casinos in the Netherlands