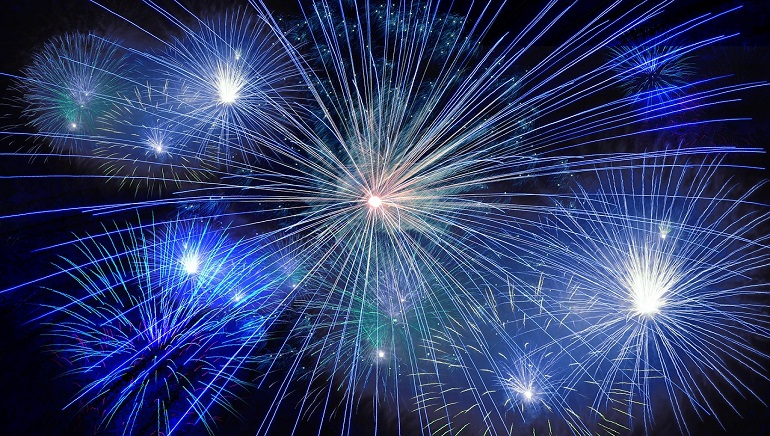 According to the latest 888 Casino research, for many Britons the New Year’s Eve will be yet another night spent indoors.

The New Year’s Eve party used to be one of the most anticipated nights of the year. For Britons however, as a new 888 Casino research shows, the beginning of a new year is likely to happen quietly and without any champagne popping at midnight. Those who have plans for the New Year’s Eve should read how to get lucky in 2017 and learn more about strange traditions from around the world.

Nearly Half of Brits Will Be Asleep by Midnight

The research suggests that 42% won’t stay awake to see the clock strike midnight. 6% of them are expected to be too drunk and the rest will call it a night before the New Year arrives. A massive 77% of those interviewed plan to stay at home this New Year’s Eve, although only 8% blame illnesses for their choice. Most are happy to see 2016 end, as 31% of Britons consider it to be one of the worst years in recent years. Even so, few consider that the beginning of a new year is worth celebrating.

What Is Keeping the Brits Home on New Year's Eve?

The main reason for why UK residents won’t take it to the streets to celebrate the New Year is costly food and drinks. Bars and restaurants charge much more than they usually do and Britons are unwilling to pay for overpriced products right new. The inflated transport costs were cited as the second reason, while a general lack of money caused 56% to skip the celebrations. Apparently Christmas shopping took its toll and people are still reeling, waiting for the January paychecks.

The winter holidays proved to be exhausting for 37% of those questioned, who indicated fatigue as the reason for staying indoors. Perhaps the saddest argument was given by 21% of those interviewed, who don’t have anyone to celebrate with. One in six Britons said that family commitments and childcare made it impossible to celebrate the New Year’s Eve outdoors.

End of an Era: Saying Goodbye to Marvel Characters at Online Casinos

Spanish Lottery Ad Raises the Question About the Limits of Advertising