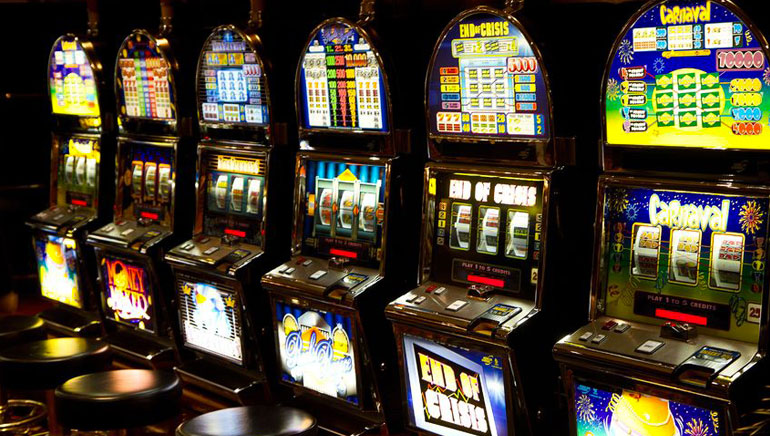 Ever heard of a slot machine that could pay out $42.9 million in a casino? Well, there was a New York player who recently thought it possible.

When it comes to any form of gambling, you can never forget about the rules, but it seems an American slot player believes that not even the law should apply to her. A brazen player named Katrina Bookman was enjoying her Halloween weekend at the Genting Group’s Resorts Word Casino New York when a slot machine malfunctioned.

Bookman was playing a machine called Sphinx Wild, which displayed a maximum payout of $6,500. Nevertheless, Bookman celebrated like a newly minted multimillionaire when the machine displayed a $42.9 million jackpot. Again, for reference, the maximum payout was clearly stated at $6,500.

In many cases, slot machines will sell themselves on their top payout. Maybe Bookman encountered the exception to the rule, but you would think a slot machine with dated graphics would try to draw attention if the jackpot could ever be close to $42.9 million.

At best, the machine has inadvertently mocked Bookman, but there is no way you would ever be able to win that much from a random slot machine in a casino – people would be queuing around the clock to play it!

Let’s be honest here: mistakenly thinking you have won millions must suck, but this was so obviously a malfunction. Bookman has been doing the media rounds to sell her story, which she needs to do if she wants her mooted court cases to have authenticity. At this stage, she’s now working for her undeserved winnings.

So far, the casino has drawn flak for the outcome, but this is utterly ridiculous. In the land of the lawsuit, Bookman is considering legal action when the New York State Gaming Commission has personally intervened to resolve the incident as the law dictates – once again, as the law dictates.

The day after the machine error, the commission met Bookman in person to tell her the machine malfunctioned and that – legally – she could only receive her actual winnings of $2.25. Since then, Bookman has said the casino should at least pay her the $6,500 maximum jackpot, but the commission has clearly stated it would be illegal for the casino to do so.

Now, I’m no Columbo, but this seems like quite a step down from demanding $42.9 million and publicly implying that a multimillion-dollar lawsuit is coming. Then again, this is the type of pressure that occurs when you watch US legal dramas on TV. Moving forward, this should teach all of us to know exactly what we are playing for.

The Sweet Spot of New vs. Existing Players: Q&A with Optimove's Shauli Rozen

Will 2018 Be the Year of Bitcoin Casinos?