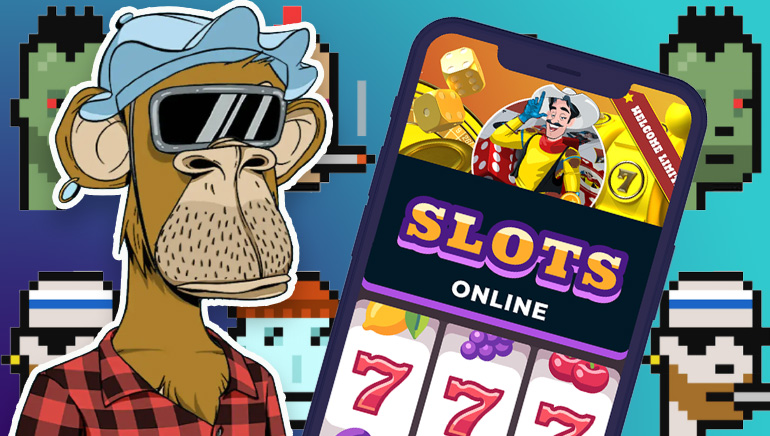 We hear a lot about NFTs online, but what are they? And how does an NFT video slot work? Join us as we investigate this new type of crypto-slot machine.

With the chaos of the rise and fall of Bitcoin, most of the media's attention was focused on the monetary value of this new technology. The thing that took a while to cement in people's minds is that cryptocurrency is not the technology. It was a product made possible by blockchain technology.

However, developers and technologists latched onto the blockchain and began to look for ways to use its fundamental properties. Those properties are insane levels of security, enhanced anonymity, and the ability to prove ownership of digital goods.

What is NFT in Crypto?

Being able to prove that you owned something valuable on the blockchain was made possible by financial security encoding known as a "non-fungible token", which was then simplified to NFT.

In its simplest form, something is "non-fungible", which means it is unique and cannot be replaced by something else. It is the tech version of a person's fingerprint. When this unique identifier is stored on blockchain's unhackable platform, you assign and prove ownership of any digital asset with surety.

While the music industry, business contracts and other enterprises toyed with non-fungible tokens, the world of arts and collectables ran with the concept and claimed the term NFT as its own.

Several series of art became synonymous with this insanely valuable new medium thanks to selling on the open market for millions of dollars.

The big message around NFTs was “don’t miss out on owning the next digital Mona Lisa” or “you could discover the art world’s next digital Banksy". Driven by FOMO (fear of missing out), crypto fanatics, art aficionados and the Average Joe all dove headfirst into buying whatever NFT art was available, and prices skyrocketed to the levels you see above.

With its heady mix of value, security, and anonymity, it was a given that the online casino industry would adopt the blockchain and cryptocurrencies.

However, the Evolution Gaming-owned slot developer Red Tiger was the first to dip its paw into the world of NFTs. The game provider purchased four highly sought-after CryptoPunks art pieces (assets 914, 3008, 4701, and 8143) to create a unique NFT-themed slot machine. 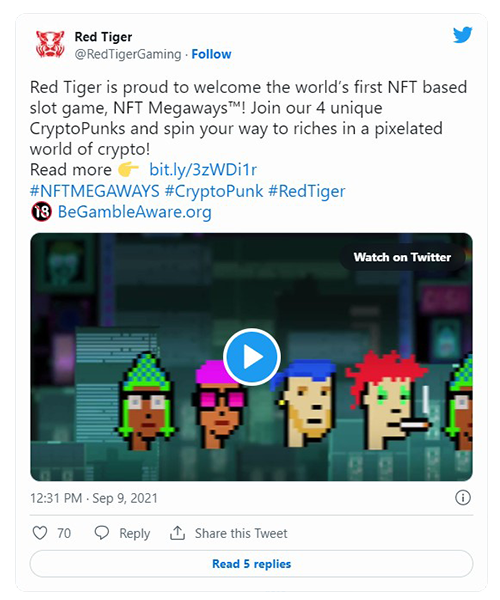 The NFT slot features a fantastic techno soundtrack, 8-bit graphics that complement the CryptoPunks aesthetic, a host of bonus features and a maximum payout of more than 10,000 times your bet.

The design team also took the time to include several references to popular cryptocurrencies like Bitcoin, Litecoin and the internet's favourite puppy-coin, Shiba Inu. Far from being a shallow meme grab, NFT Megaways proved to be a highly entertaining casino game with tons of replayability and payout potential.

While the "traditional" online casino industry has subsequently added more casino games based on the ideas or designs popularised by NFTs, there was still one thing missing, a video slot that allowed players to win or wager using an NFT asset.

The dream of being able to spin the reels in the hopes of winning an NFT artwork became a reality earlier this year when blockchain lottery company Lucky Crypto announced the launch of the metaverse's first actual NFT slot. 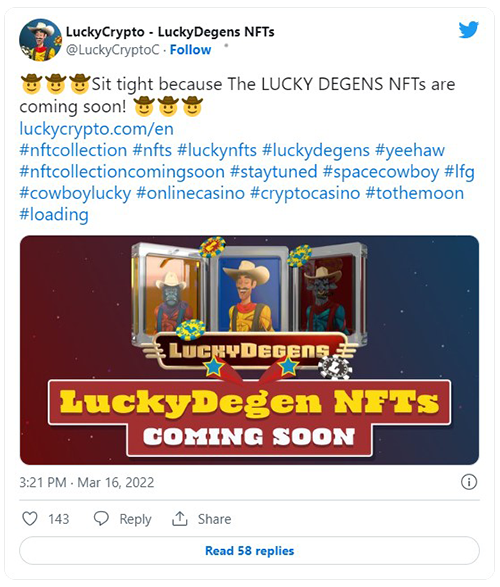 The company created an NFT collection named “Lucky Degens", which came in two variants, the OG Collection and Jungle Animal Collection. These hot new NFTs are being offered as free bonus prizes to players who win big jackpots on the metaverse-based NFT video slot.

Not only is there the drawcard of winning a potentially valuable NFT, but Lucky Degen owners can enjoy private games and special events and enter $LUCKY giveaways. The $LUCKY token is accepted at several online crypto-powered casinos.