Top 13 Most Popular Casino Gambling Superstitions in the World! 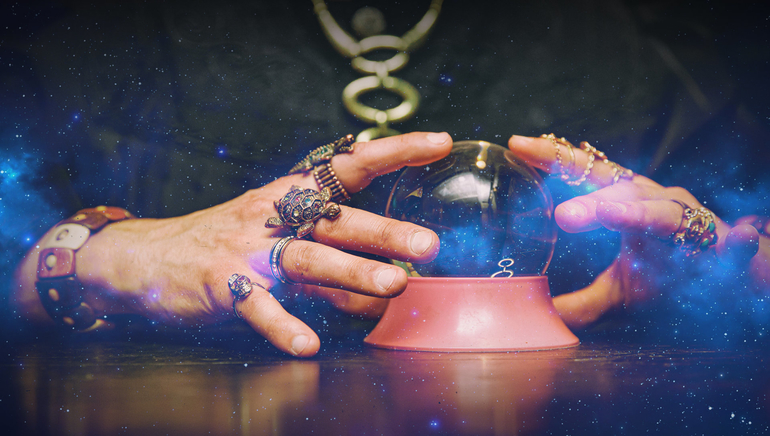 Why are gamblers superstitious? That's a good place to start. Well, it turns out that gambling is pretty much all about luck. You bet a known quantity on an unknown outcome. So the only variable that will determine how well you do is LUCK!

Luck is best defined as risking something of value on an uncertain outcome or event. That thing of value is your bankroll. The outcome includes the results of slots spins, roulette wheel spins, cards dealt, or game shows. Since nobody controls luck – it's a force of nature – many of us perform certain rituals, engage in certain behaviors, or act in a certain way to summon the luck genie.

Irish Luck is well known the world over. Lucky leprechauns, four leaf clovers, rainbows with gold pots, green fields, and other cherished symbols adorn the reels of popular Irish slots. From a player's perspective, gambling superstitions run the whole gamut. Some players wear their favorite socks to the casino, and others stick to the same underwear for their entire stay (gross!). Most players are subtler, believing that they can sense where the lucky slot machines are situated by simply closing their eyes and following the energy.

Superstition is an interesting phenomenon. It is an unfounded belief or practice based on magic, chance, or false perceptions. It is irrational by its very nature and gives credence to forces of a supernatural nature. Since nobody can logically anticipate the outcome of the next card dealt, slot machine spin, or craps roll with 100% certainty; we fall into the gambling superstitions trap. It's a safe place for us to justify our decisions at the casino. When the results of our betting decisions prove correct, we praise ourselves. When they don't, we claim that we misinterpreted the signals.

There Are Thousands of Superstitions in the Casino

We could rattle off thousands of superstitions since every player has their thought process before betting on a casino game. Some players rub casino chips together to generate an electric charge; others rub their hands to try and sense the heat coming off the machines. If you are the type of player who closes your eyes and walks blindly in the casino, visualizing through your third eye, you wouldn't be the first. These are but a few of the many gambling superstitions that abound.

Today, we're going to look at the 13 most popular - yes, that's unlucky 13 to some but lucky 13 to others - casino gambling superstitions of all time. So twist your wrists, shake or break a leg and get ready for the big reveal.

In a word, yes! If you believe in the power of lucky charms - then they will work for you. There are all sorts of lucky charms that gamblers use to try and improve their luck. The most popular include four leaf clovers, rabbit's feet, horseshoes, ladybugs, and acorns. But really, any object can become a lucky charm if it has personal meaning to you. So don't discount your favorite t-shirt or pair of socks just because they don't look traditionally lucky. If they make you feel good - then that's all that matters.

#2. Do Gamblers Have Any Unlucky Superstitions?

Of course, they do! Just like with lucky charms, there are also unlucky gambling superstitions. These include black cats, broken mirrors, walking under ladders, and opening an umbrella indoors. So if you see a black cat while walking into a casino - be sure to walk around it!

#3. What Are the Most Popular Gambling Superstitions?

#4. What Are Some Weird Gambling Superstitions?

There are some weird and wacky gambling superstitions out there for sure! For example, some believe that blowing on dice before rolling them will increase your chances of winning (this one does have some science behind it). Others believe that carrying a piece of coral from the Great Barrier Reef will bring them good luck at the casino tables (no scientific evidence for this one, though!). And then some believe that urinating in a casino toilet before gambling will bring them good luck (we'll leave it up to you whether or not you want to try this one!).

Well, there could be several reasons. Perhaps it's because seven is considered to be a lucky number in many cultures around the world. Or maybe it's because seven is a prime number, which means it can't be divided by any other number except for itself and one. Whatever the reason, it's clear that gamblers believe that seven is a lucky number for gambling. There are a few different ways gamblers use the number seven to try and improve their luck.

For example, some people believe that placing bets on the seventh day of the month will bring them good luck. Others believe that sitting at a table with seven players will give them an advantage over the other players. And then some believe that drawing seven cards in a blackjack game means that they will automatically win the hand (this one is true!).

#6 Why is Betting on 13 Considered Lucky to Roulette Players?

The number 13 has just as much chance of coming up like any other roulette number. You have a 2.7% winning chance as a straight bet in a single zero roulette game. Some people like to bet on 13 and 23 in roulette because four numbers separate them. The threes get players – these numbers are indivisible by any other number except themselves and one. Our fascination with selecting 3s in the casino defies logic!

#7. We Love To Play at Machines that Other Players Just vacated

You are in the casino watching a player desperately trying to win a slot machine payday. The player feeds lots of cash into the machine, hoping for a payout. After some time, the player gives up, and you rush to that machine. You're not alone – many of us do this. Why? The thought is that the machine didn't pay out while it was being fed all this money, but it's due for a big win that could well happen during our play session. Of course, logic contends slots are never due for a win – they pay whenever good fortune strikes! Nonetheless, this superstition ranks among the most popular.

#8. Never Count Your Money at the Casino – It's Bad Luck!

Our culture raised many of us never to count money in public. If you show what you've got to the world, they may want to grab it out of your hands. So, instead, you can count your casino budget at home and go into your gaming sessions ready to roll. The same is true for chips at the table. Many superstitious players believe counting coins, cash, or chips is a big no-no. Other players may be on a losing streak, and your actions may be perceived as arrogance or gloating. And that could just upset everyone's mood. Besides, you don't want to test the old aphorism – pride comes before a fall!

#9. Neither a Lender nor a Borrower Be

It's not considered good luck to lend money to players at the casino. This long-held superstition will likely decrease your chances of winning – so say the casino sages. Remember this: even a benevolent action like lending money to a fellow player automatically disadvantages you because you're in a casino. The house always wins in the long run. If you want to give wings to your money, lend it to other gamblers.

#10. Never walk into a casino through the Lion's Jaws!

This one is wild! African savanna wild with the mighty lion sculptures of the MGM Grand Casino. Some players believe that if you enter the casino through the main entrance – such as Lion's head of the MGM Grand, you're going into the beast's jaws. So instead enter through a side entrance, perhaps through the hotel at the casino, the shopping wing, or the adjoining tunnels. If you are superstitious, you may stick to this behavior every time you enter a casino. Some players believe that if you enter through the same entrance that people are leaving, you may soak up their lousy luck!

#11. When are Legs crossed and arms folded?

When you place a bet, it is ill-advised to cross your legs. You may cross your fingers for good luck, but don't cross your legs. Folding your arms is perceived as being guarded, closed, or threatened. Avoid these actions and let lady luck work her magic for you. When you are receptive to good fortune, you must assume an open stance to allow this phenomenon to flow through you and your betting decisions.

#12. Avoid Whistling While Gambling at the Casino

The only people who like whistling are the people doing the whistling. At the casino, as in real life, whistling is considered obnoxious. Back in the days of rickety old ships, sailors were not allowed to whistle as it was thought to bring dangerous wind gusts. Besides, blowing air out of your mouth in a post-Covid era will not go down well with other players.

Granted, red isn't the best color to wear if you are the matador at a bullfight. But Asian culture believes that red symbolizes good fortune. So anything red could present as a good omen at the casino, including jewels, necklaces, earrings, hair ties, underwear, shoes, pants, T-shirts, et cetera. Some players even carry red items in their pockets for good luck.

This is a bizarre superstition that many players stick to. Do you ever walk past the casino tables, circling them, returning, backing away, and then deciding to play at them? This cautious approach to playing casino games is designed to give a player 'a feel for the action.' Some players believe this brings good fortune, while others believe it brings bad luck.

In several Slavic countries, there is a superstition that an itchy right hand brings bad fortune. If the hand is itchy, you'll be giving your money to the casino. But here's the flip side of this superstition – an itchy left-hand means that payment is forthcoming. Be sure to note the difference!

Some superstitions are designed to attract good fortune, while others are designed to ward off bad luck. Either way, don't let these rituals get in the way of having a good time at the casino. Instead, use what works for you and enjoy the action.