With Donald Trump hot on the 2016 Presidental race, OnlineCasinoReports takes a closer look at the businessman's history with casinos and gambling.

While he may now be known as potentially the most divisive presidential candidate in American history, the truth is Republican nominee Donald John Trump has never been far from controversy.

Having built up an international reputation as a gambling tsar to rival even his renown as a property developer, Trump has always shared close links with the casino industry and used the Trump Entertainment Resorts Inc. brand to launch his career as an entrepreneur and a captain of industry.

Though Trump himself is no longer involved in the company – which is now a subsidiary of Icahn Enterprises – the rise and fall of his casino empire is just one of many colourful chapters in the life of America’s most outspoken Republican. In this article, we’ll take a closer look at how Trump first became a fixture in land-based gambling and how his potential presidency could affect the industry.

Having assumed control of his father’s real estate business in 1973, it wasn’t until 1980 that Trump began exploring the lucrative possibilities of the land-based casino industry. Purchasing a number of properties along the Atlantic City boardwalk in the early 1980s, Trump received a casino license from the New Jersey Casino Control Commission in 1982 with a view to building his own casino resort.

Though this project was stalled when Mike Rose, then CEO of Holiday Inn and Harrah’s, approached him to manage construction of a Holiday Inn Casino-Hotel, Trump realised his ambition in 1984 when he bought out Holiday Inn’s shares in the property and renamed it the Trump Plaza Hotel and Casino. This acquisition was swiftly followed by the purchase of the nearly-complete Atlantic City Hilton Hotel, which first opened as Trump’s Castle Hotel Casino was later renamed Trump Marina. 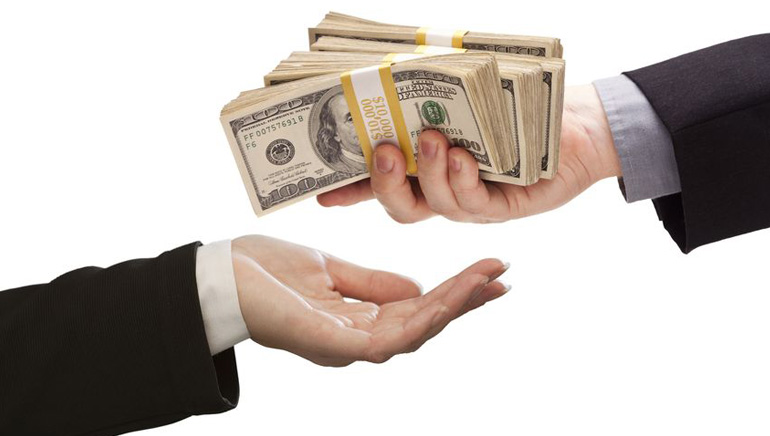 A Penchant for Making Money

A third casino property followed in 1988 when Trump bought the unfinished Taj Mahal property from Resorts International for $230 million. The largest dedicated gambling resort in Atlantic City at the time, the Taj Mahal cost almost $1 billion by the time it opened in 1990, with Trump completing the project using junk bonds in a move that would ultimately hurt the company during the recession.

In 1995, Trump established Trump Hotels and Casino Resorts (THRC) as a publically traded company, granting it ownership of the Trump Plaza and the under-construction Trump Casino in Gary, Indiana. The THRC then acquired the Trump Taj Mahal at a valuation of $890 million and Trump Castle for $486 million (including $355 million in assumed debt), before eventually being restructured in 2004.

While THRC’s stock and bondholders took something of a pounding during this time period – indeed, the company and its various predecessors filed for bankruptcy four times between 1991 and 2014 – one man who profited immensely from the venture was Trump himself. Utilising a number of special personal arrangements between himself and the THRC, Trump is estimated to have earned roughly $82 million during his 13 years as chairman, despite his casino empire losing a total of $1.1 billion.

Among some of the more outlandish deals imposed by Trump were a package that granted him a huge annual bonus despite the fact that his portfolio of casinos were losing tens of millions of dollars each year and an agreement that ensured his properties spent hundreds of thousands of dollars on keeping their mini-bars stocked with Trump Ice bottled water. Indeed, such was Trump’s personal gain from his casino ventures that many analysts cite it as a key reason for his mid-1990s comeback.

At the time, Trump was struggling financially after a series of missteps in the late 80s and early 90s, but the IPO of Trump Hotels was what finally fuelled his rapid rise and gave birth to his current highly disputed claim that he is now worth over $10 billion. No amount of pomp and bluster, however, can mask the fact that Trump’s dozen years at the helm of Trump Hotels was anything other than a total boondoggle that damaged thousands of shareholders, bondholders and workers.

That being said, despite Trump’s patchy track-record in the field of land-based casino gaming, the online gambling industry may not want to dismiss the Republican nominee’s candidacy right away. Indeed, while the list of things that Trump is opposed to is as long as it is controversial, one thing the next potential president of the United States will not rule out is the legalisation of online gaming.

Speaking to Forbes Magazine in 2011, Trump was quoted as saying “It [the legalisation of online gaming] has to happen because many other countries are doing it and, like usual, the US is missing out”. While this certainly doesn’t guarantee that Trump will attempt to woo the gambling lobby in a bid to strengthen his candidacy, online gaming is nevertheless a hot-button topic that the Republican could use to highlight the hypocrisy of his opponents – particularly those who favour a states’ rights position while at the same time supporting a federal government ban of online gaming.

US Regulation - Will it Happen under a Trump Administration?

Indeed, with Trump currently afforded the perfect platform to air his views, getting the topic out in the open during a presidential debate would be a massive win for the online gaming industry, as it would draw attention to an issue that has long since divided the country. With legislation still drawn up on a state-by-state basis, America is home to one of the world’s most fragmented frameworks with regards to online gambling and a more unified policy would allow the country to move forward.

As such, even if you’re firmly opposed to the messenger, Trump could yet prove to be an invaluable figure in bringing gambling legislation into a new era as Americans head to the polls this November.