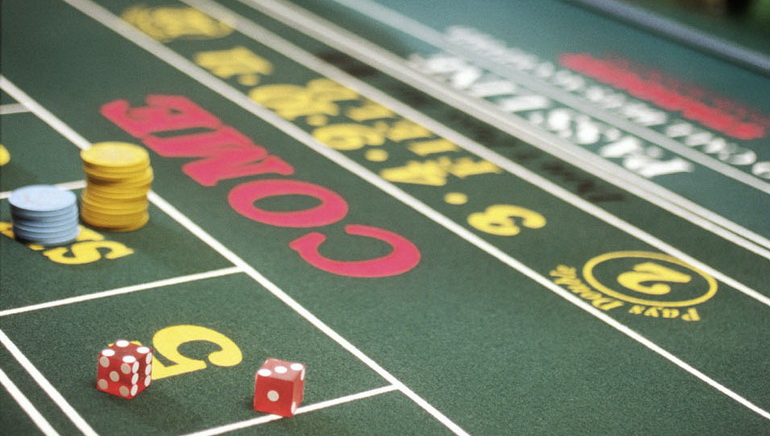 Craps is probably the most fun, exciting and thrilling game one can play with only two dice. Coincidentally, Craps is also the name for a losing throw in the game.

Gambler's fallacy is the belief, and the craps strategy based upon the belief that past dice rolls have any influence over later rolls. Dice, like goldfish were believed to have until science taught us otherwise, have no memory. With this in mind, go ahead and read the following rules, terms and Craps-related trivia to avoid such misconceptions and learn how to play the game.

The basic of Craps

Online Craps is an increasingly popular game at online casinos, with considerably fair craps odds compared to other standard casino games that are also based on luck; the house advantage is a reasonable 5.72%. If this has already drawn you to the game before or is the reason you are interested in learning the game today, read along and learn the basics of playing Online Craps.The best way to improve your craps playing skills is to learn couple of different craps strategies and implement them as you play.

Just as there are two dice in the game, there are two rounds to every game; the "Point Round" and the "Come Out Round." At least one player is required per game. With this in mind, we are ready to roll.

The shooter is the person who rolls the dice in his turn. The players are required to make a pass line bet or a don't pass bet. The former is won if the shooter rolls a 7 or 11 and loses if the result is 2, 3 or 12. The latter, meanwhile, loses with a 7 or 11 and wins with a 2 or 3, while 12 is a guaranteed win. Craps is the term for a losing roll, while Win is a winning roll, sometimes also called a Natural.

The shooter must first put up a stake; the other players bet against the shooter up to the amount of the stake he has placed. In some games, bettors may also bet against each other or against the house. A shooter who wins may continue to roll. In Craps, players wager money against the casino on the outcome of one roll, or on a series of rolls of two dice. Betting options are several, most of them on the outcome of the round, meaning the points or a seven out, as will be explained in the following. Additional betting options can be over the sum or a specific roll or a total before a 7 is rolled.

As for the basic terms of Online Craps, they are likely already known to you. The popularity of the game has had the terms incorporated in the English language: on a roll(a lucky streak), Crap out (a roll of Craps on a come out roll), Snake Eyes (the number 2) and a high roller (a high stakes, large sum bettor at the Craps table) are such terms.

The most important terms in Craps online and their meanings are:

Keep your eyes open for...

Little skill is involved with playing Craps. The emphasis is entirely on the types of bets placed by the player. The guide section will expand on the various betting options. Following are a few things to keep in mind.

All bets have a house advantage in the game of Craps. The lowest house edge is on the pass/don't line, come/don't line, place 6, place 8, buy 4 and buy 10. (Visit the Craps guide for a clear description of each betting option.)

Craps originates with the crusades, sometime between the 11th and 13th centuries. It was influenced by the French in the following centuries, then becoming the Old English game known as Hazard, before arriving in New Orleans, Louisiana and spreading through the African American community at large.