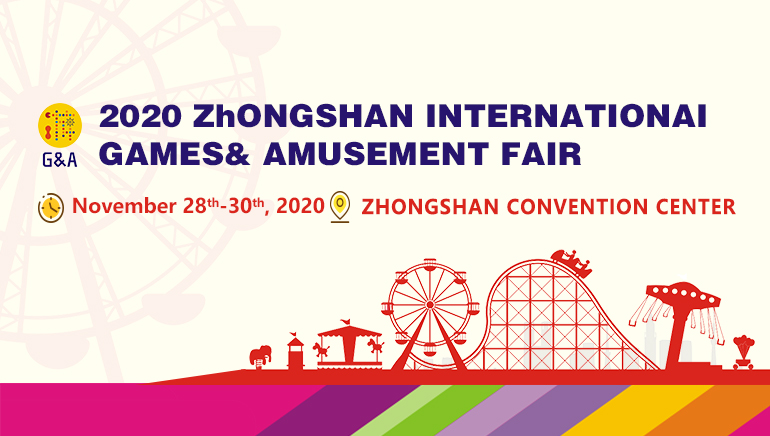 The International Games & Amusement Fair is a hotbed for innovation, bringing industry leaders and inspirational speakers under the same roof in November 28-30.

For more than a decade, the International Games & Amusement Fair has grown and attracted greater numbers of local and foreign experts. Today, it is regarded as one of the most professional exhibitions in China and a catalyst for cooperation between amusement industry leaders. It fosters innovation while creating stronger ties between participants, with increased trade turnover and trade intentions. In November 28-30 2020, the International Games & Amusement Fair in Zhongshan will bring together more than 400 exhibitors.

The International Games & Amusement Fair has an extensive exhibitor list, so prospective visitors have plenty to expect from this event. With more than 400 exhibitors displaying in excess of a thousand new global products, participants won’t be disappointed. In addition to the main event, those who attend the conference can also take part in one of the six concurrent events. The opening ceremony kickstarts the festivity, followed by the China Golden Tripod Award and conferences on topics of great interest.

The National Amusement Parks Safety Seminar will provide attendees with the opportunity to get up to speed with the latest security standards. The International Games & Amusement Fair has expanded every year, with larger amusement facilities, more arcade games machines and an international Pavilion among the exhibition areas. Cultural tourism is a central topic and prominent speakers will discuss sensitive issues, such as technology, smart tourism, investments and operations.

Would you like to learn more? Visit the following link for more details and information: zsgaf.com.