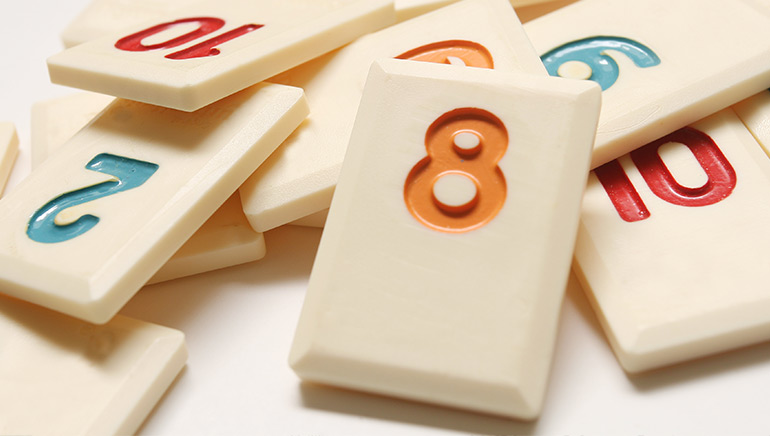 To discard a card in order to induce an opponent to discard another card of the same rank or in suit and sequence with it. Also known as Baiting, Chumming, Fishing.

The initial bet placed by all players in the game, a must before the beginning of every rummy game.

A set of four natural cards sharing the same rank.

To withhold a card that would extend a meld for an opponent.

A meld which is made up of three or more same rank cards.

Two cards which could potentially turn into one matched set should a particular card be drawn.

A rejected tile in Mahjong, or card in Rummy, which may be claimed by another player.

Taking a card from the stock/discard pile.

Name for a card which turns a combination into a matched set.

Discarding a card in Rummy that the next player, under the rules, must take up.

Laying down a hand not containing any Deadwood (see above).

Ridding of all the cards in one's hands, effectively winning.

Any jack in cards.

player lays down his groups of cards on the table and discards his final card in Gin Rummy.

groups of sequential cards of the same suit or number in Gin Rummy.

Variant of rummy where the rule has it that the ace is in sequence with both the king and the deuce.

Three cards or more from the same rank.