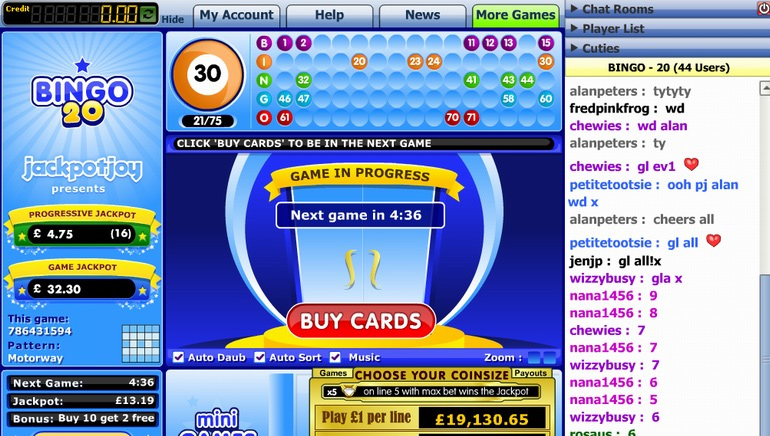 Take bingo to the next level with Progressive Jackpot 75 Ball Bingo!

To win the jackpot, you will need to mark off a specific pattern which is decided before the game begins.  You will see what pattern you need to make on the top left side of the bingo game.  The jackpot can grow to £10,000.

This bingo game is played on a 5x5 card and each card has 24 numbers between 1 and 75.  You will be required to purchase bingo cards before the games begin, and you will then mark your cards if the Bingo Caller announces a number appearing on your cards.  You will need to get a specific pattern to win.  Sometimes, you will win by marking all of the numbers on the card.  You will see what specific pattern you need to complete at the top of the bingo console window.

75 ball bingo attracts scores of players every day. No specific skills or strategies are required to win bingo games, and the jackpots can easily hit thousands of pounds. The most recent jackpot wins include the following: