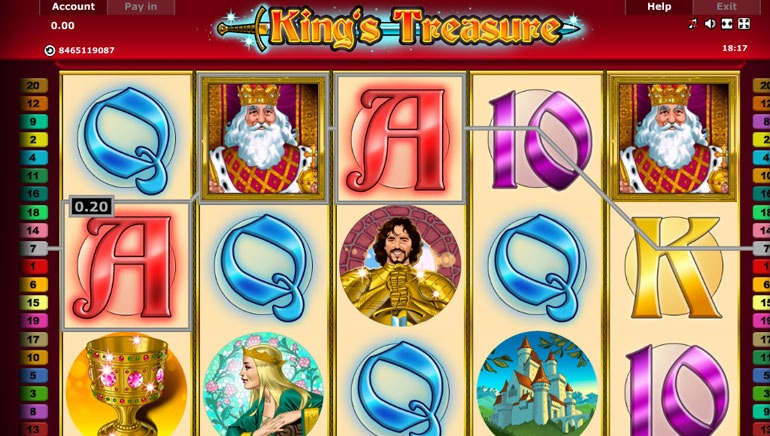 King’s Treasure is a 5 reel, 20 payline progressive jackpot slots game powered by Novomatic.  This game has a royal theme complete with Crown and King symbols.

To win the progressive jackpot in this game, you need to get 5 King symbols.  You do not have to place the maximum bet because each betting level has its own progressive jackpot.  However, you will be eligible for a larger jackpot if you place a larger bet.  The jackpot prize starts at 200,000 times the line bet.

In addition to the progressive jackpot, this game also offers bonus rounds.  To trigger the bonus rounds, you need to get at least 3 Crown scatter symbols.  The number of scatter symbols will determine how many bonus games you will be awarded.

The King symbol also serves as the wild symbol in this game and is able to substitute for all other symbols except for the Crown scatter symbol.

There have been several major jackpot wins produced by this game (jackpots at Star Games) including the following:

At last count, the size of this jackpot at Star Games was €345,335.  King’s Treasure Progressive Jackpot will continue to grow larger until it is won.