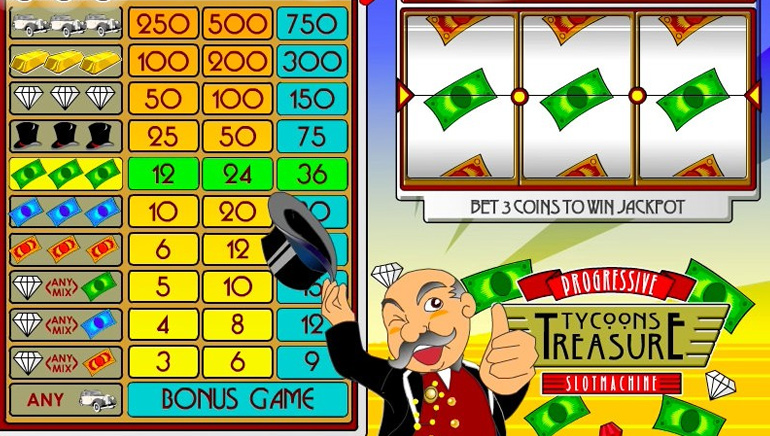 Build your Fortune with Tycoon’s Treasure!

To be eligible for the progressive jackpot, you need to place the maximum bet which is 3 coins.  In addition, you need to get three Mr. Monopoly symbols to line up on a single payline.  The size of this jackpot will continue to grow until it has been won.

This progressive jackpot slots game also features a bonus round.  The bonus round is activated when the Rolls Royce symbol appears on any reel on an activated payline.  During the bonus game, you will need to choose a bank vault.  If you select the correct vault, you will double the winnings you receive from your previous spin.

There have been a number of jackpot wins produced by this slots game.  Some of the biggest jackpots in Tycoon’s Treasure Progressive include the following:

The Tycoon’s Treasure progressive jackpot has been tracked since February 2010 and at last count, there have been 262 jackpot wins.  When the jackpot is hit, it returns to its original size of £750 and it will continue to grow until a lucky player wins it.