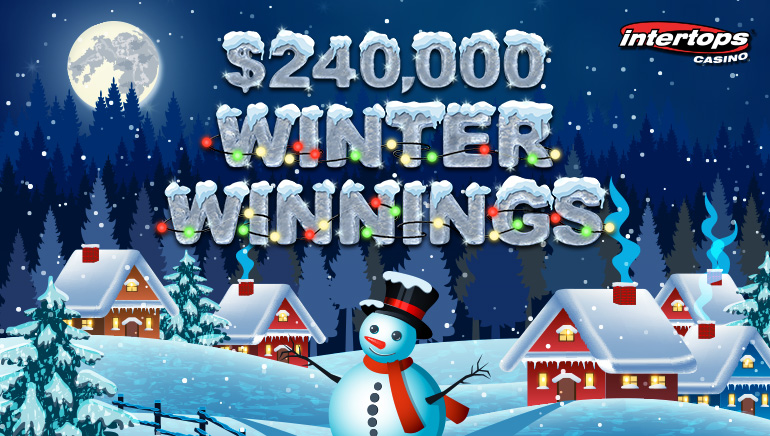 Intertops Casino is running a huge bonus promotion over December and January, with a total of $240,000 in bonuses up for grabs.

Intertops Casino is running a huge bonus race each week from now until 29th January, 2018, with a grand total of $240,000 in cash and bonuses guaranteed to be awarded to its players.

How To Play For Prizes

Players automatically earn points at the rate of 1 every $100 wagered on any of the 300+ Realtime Gaming slots, table and card games at Intertops Casino. These are accumulated throughout the week and a live scoreboard shows who is currently heading the race, with players competing against each other to top the table by the time each round ends at midnight on Sunday.

Prizes For Winners And Random Awards

The scoreboard is then reset and the games begin again, with a total of eight weekly contests running, but on 29th January anyone who finished in the top 20 in any week will be entered into a special draw for a $1,000 cash prize.

Players who make qualifying deposits each week could also be awarded one of fifty bonuses worth between $20 to $150, so even those who don't make it near the top of the scoreboards can still win in this huge $240,000 Winter Winnings promotion at Intertops Casino.

Odds for Week One of Vancouver Winter Olympics