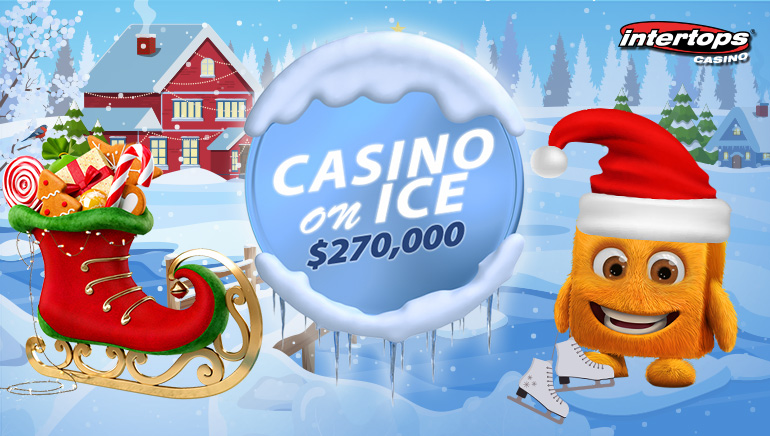 Intertops Casino is getting into the spirit of Christmas with the $270,000 Casino on Ice Bonus Contest running throughout December and January.

Players can grab a share of $270,000 in bonus prizes at Intertops Casino in the seasonal Casino on Ice contest. The promotions runs from now until the end of January 2021, and there's $30,000 in weekly prizes along with a final draw for $1,000 at the end.

A Rewarding Winter At Intertops Casino

Points are awarded as players spin the reels of festive slots such as the new Epic Holiday Party, cheeky Naughty or Nice, or classics such as Rudolph Awakens, as well as any of the other Intertops Casino slots, table and card games. The top-ranked player each week will claim a $500 prize, while even those ranked at 300th will still collect a small gift.

An added Thursday draw is open to those who have made a qualifying deposit and played at the beginning and middle of the week. Twenty bonus prizes of between $20 and $150 are awarded each Thursday throughout December and January. At the end of the Casino on Ice bonus contest, there's a special $1,000 draw for the top 20 players from each week.

''Competing with other players for top bonuses adds extra excitement to our games:'' said Intertops Casino manager. ''Many players aren't content to just be one of the 300 players in the prize money every week though. They've got their eye on that $500 first prize and, of
course, they want to be in the final draw!''

Deposit and play through $75 to enter this seasonal Casino on Ice bonus contest. Remember to only play for fun and not with money you can't afford to lose.