Casino.com Giving Away Heaps of Spins in Kingdom of 2 Million Spins Promo 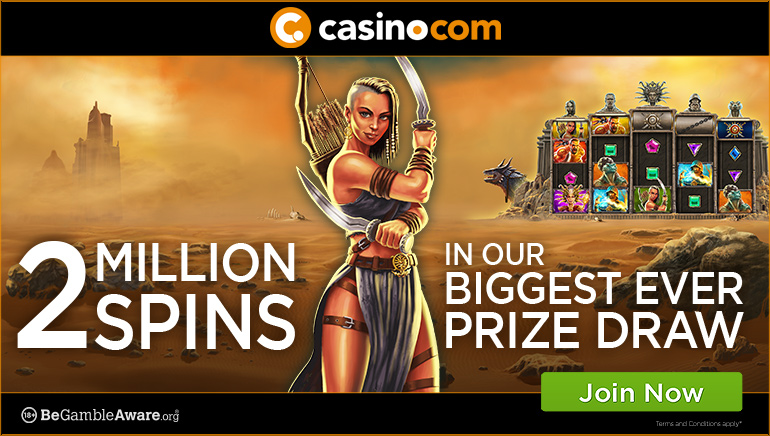 There will be two weekly draws giving away one million spins each to the luckiest of players who get their draw tickets by playing slots in the Kingdoms Rise trilogy.

For all players who enjoy spinning reels of online slots, Casino.com has come up with a great promotion that you're probably going to love. Running over the course of two weeks, the Kingdom of 2 million spins promo gives players a chance to win their share of a huge bowl of spins for several popular slots.

The rules of this promotion are quite simple. For the period of two weeks, from October 24 to November 7, players will collect entries for two weekly draws by playing slots from the Kingdoms Rise trilogy, i.e. Sands of Fury, Guardians of the Abyss, and Forbidden Forest. For every £10 wagered in these games, you'll receive one ticket for the weekly draw.

All awarded spins will have the nominal value of £0.10 and players can generate as many tickets as they like. Having more tickets in any of the two draws naturally increases your chances of winning one of the prizes.

However, make sure to play responsibly and don't get carried away chasing those draw entries. Focus on having good time while playing and let Lady Luck take care of the rest.