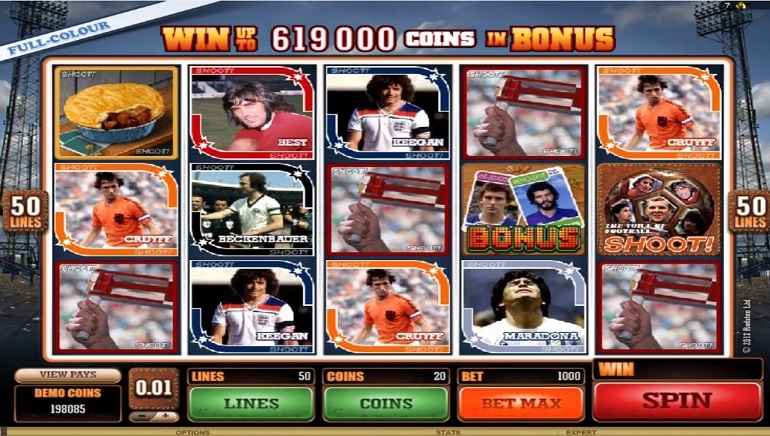 Summer has officially started and what better way to enjoy it than by participating in the amazing 100K Tournament organized by Crazy Vegas Casino for the popular Football-themed Shoot! video slot, just in sweet time for Euro 2016!

If you were looking for a fun new tournament to get the summer rolling then Crazy Vegas Casino’s new 100K Tournament might just be the thing for you.

Between the 10th of June and the 10th of July users will have the opportunity to participate in the 100K Tournament! With the Euro 2016 kicking off, what better way to delve even deeper in the festive atmosphere than by playing the football themed slot game Shoot! and standing the chance to win some of the amazing prizes in this whopping €100,000 prize pool.

The entry fee for this fun tournament is a mere €10 which sound like an even better deal when you hear that the first 100 ranked players in the tournament will all get cash prizes with the grand prize being an impressive €10,000.

Harry Von Schlussel, Crazy Vegas Casino manager and spokesperson declared that the month of June is all about “spoiling our players”. He added that the Shoot! Slot game is ideal considering the festive atmosphere brought in by this summer football tournament.

Players that want to sign-up to Crazy Vegas Casino and participate in the 100K Tournament will also be pleased to hear about the casinos amazing special bonuses. New subscribers will receive 30 free spins for the amazing Game of Thrones™ Slot and 40 more free spins for the mobile slot game Avalon. That’s not all though, as a huge 100% Welcome Bonus will also be awarded for deposits up to €500. If you can’t make a deposit that big all at once that’s not a problem, as Crazy Vegas Casino has allowed players to claim their bonus and by dividing it into up to 5 deposits.