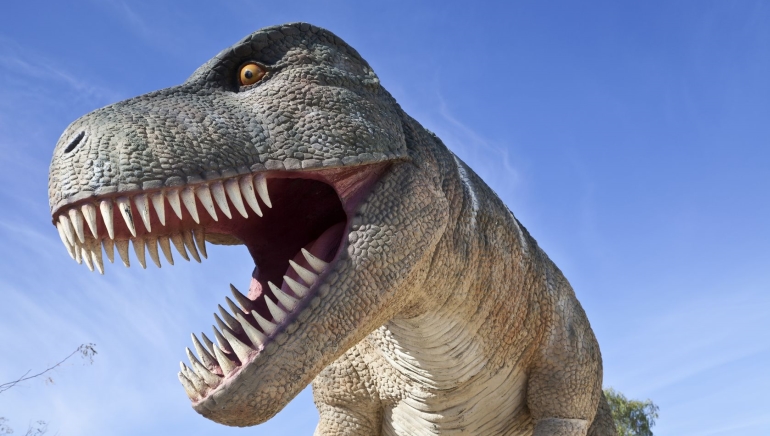 The time is here! Jurassic Park has finally turned into a video slot, and starting August 6th, it is now available at Crazy Vegas Casino. While Jurassic Park had its share of sequels, the game is based on the original film, so players can expect to re-live its most memorable scenes.

The Jurassic Park video slot is built out of 5x3 reels featuring Microgaming's signature 243 Ways to Win, which gives players a whole lot more winning opportunities instead of the standard slot payline structure. The symbols consist of the film's main characters including doctors Alan Grant and Ian Malcolm and John Hammond, the billionaire creator of Jurassic Park. Alongside the humans are the island's ancient inhabitants with Velociraptor, Triceratops and the main villain T.Rex who come to life through vivid animations.

Apart from the high quality graphics and crisp sounds, Jurassic Park truly shines when it comes to bonus features. One of its highlights is a sort Dinosaur DNA freespin round where players pick one out of five dinosaurs. The slot's headline feature is the awesome T.Rex Alert Mode which throws into the reels 35 extra wilds, and the terrifying T.Rex itself which roams in the background.

The Jurassic Park video slot joins Crazy Vegas Casino's crazy collection of over 350 Microgaming slots. Crazy Vegas has been around since 2001 and it knows a thing or two about pleasing players. The casino's welcome offer lets new players choose between receiving up to £/$/€500 in bonus money over three deposits, or to play around for 60 minutes with no-deposit sum of $/£/€3,000 while keeping the winnings. Go on now; don't keep T.Rex waiting!