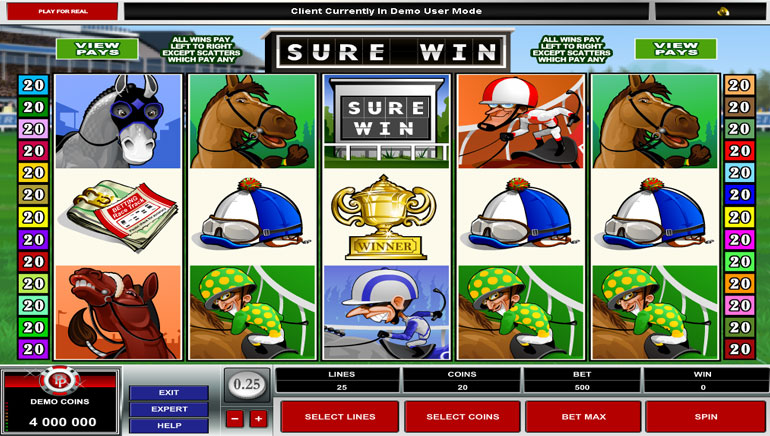 Horse racing provided the inspiration for a €10k online casino tourney at Golden Riviera Casino this April and May.

The Sure Win Cup Tournament was launched at Golden Riviera Casino last week. Since then, players have been competing in this promotion to win a share of the €10,000 prize fund. This will continue through the rest of April and into the beginning of May.

Horse racing is the theme of this tournament. Spring is the prime time of the year for horse racing, with recent events including the Cheltenham Festival and the Grand National. Next up, horse racing fans will have Royal Ascot in their calendar.

Each week of the tournament is described as a furlong. The aim for competing players is to finish in the top half of performers, with the bottom half then getting eliminated. The Sure Win Cup has already completed the first week (6-12 April). Three more weeks lie ahead for players to compete in (13-19 April, 20-26 April, and 27-3 May).

Come the end of the tournament, Golden Riviera promises that the top 100 players will receive a share of the €10k prize fund. Many of the prizes are to be awarded in cash, with casino credit also hand out. User P.B. was last year’s winner, and he managed to win €8,250 “with very little effort”, in his words.

New players can sign up for Golden Riviera to prepare for future tournaments with a generous introductory offer. Up to €1,400 worth of casino credit can be claimed over their first few deposits. As a final reminder, the Sure Win Cup will be running until Sunday 3 May.

Hilton to Launch Casinos in the U.K.