Get Into Halloween-Mode With "Hunters Moon Gigablox" 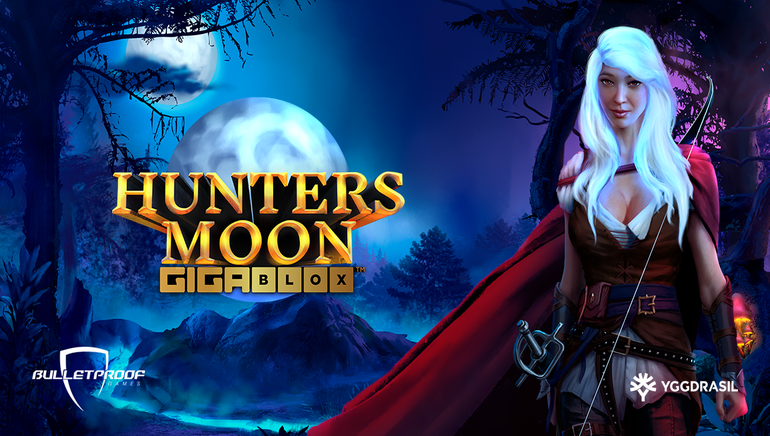 The spookiest, most exciting game for this Halloween season has got to be Yggdrasil's new slot game - Hunters Moon Gigablox.

It is just about that time again. Costumes are being prepared, candy is being hoarded to pass out to trick or treaters, and, Yggdrasil has released an all-new Halloween adventure - Hunters Moon Gigablox, in partnership with Bulletproof Games.

This new themed-video slot is a six-reel, 50 payline game that incorporates Yggdrasil's GigaBlox feature, a part of its popular GEM collection. These games will have a giant symbol land on the reels and grow the win 2x2.

The slot is wonderfully designed and it has a thrilling plot in which a fearless warrior appears from wandering into a woodland clearing. She is a hunter with a bow strapped around her shoulder and a razor-sharp sword by her side. The goal is to hunt down the creatures of the night and take home the riches that they are hiding.

The game features a Bonus reel, which sits at the top of a 6x6 matrix. To begin each and every spin, the reel will move over to the left one position and will convert the symbols below to matching symbols and increased win potential.

There is also a free spins function which is triggered when five or more bonus symbols hit the main grid. For each bonus symbol on the reels, players will get a free spin. In the event that a GigaBlox symbol turns into a bonus symbol, the size will correspond accordingly - a 3x3 block will give 9 free spins.

When players are on the free spins, all bonus symbols on the 6x6 grid will give one extra spin. The top reel begins to act more actively due to increased wilds landing on the reels.

This game will put some scare into you and as we get closer to All Hallows Eve, the chances of winning could be worth the fear.

Stuart McCarthy, Head of Product and Programs at Yggdrasil, commented: “As Halloween creeps towards us, a brave hunter reveals herself as she searches the dark night for huge wins. The newest YG Masters game to include GigaBlox™, we’re very pleased to partner with Bulletproof Games for Hunters Moon GigaBlox™.

Click here to find out the best Yggdrasil casinos you can play this game.