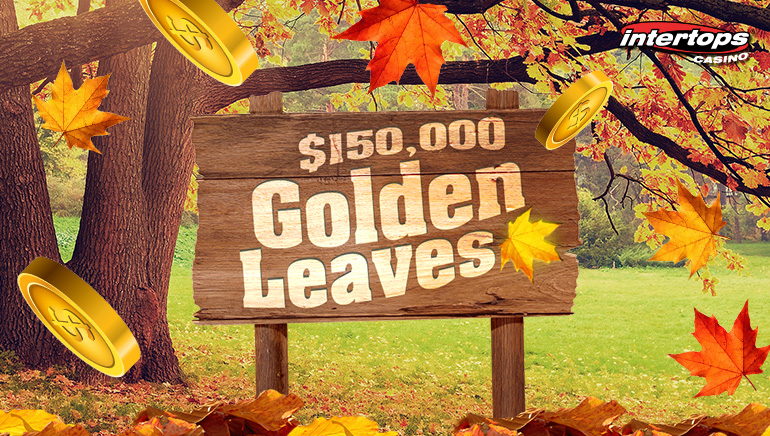 This Thanksgiving, Intertops Casino players will be able to compete for a share of $150,000 with the Golden Leaves Bonus Contest

Intertops Casino will celebrate Thanksgiving by running a $150,000 Golden Leaves bonus contest. The promotion is open until 9th December and offers players the chance to compete for bonuses of up to $500 each week.

Entry to the Golden Leaves promotion is automatic for anyone depositing $75 or more in the week. Points are earned with each card dealt, Roulette wheel spun, or slots game played at the rate of 1 point for every $100 staked. All real-money casino games qualify, and players only need to be anywhere in the top 300 places to win a bonus prize.

The weekly contests run until midnight on each Sunday until December 9th. Players are informed by email if they have won a bonus prize. The wins range from $30 to a maximum of $500 for the top-ranked player. A leaderboard lets customers of Intertops Casino keep track of where they are each day.

Anyone who plays between Monday and Wednesday during the Golden Leaves promotion will qualify for entry to a Thursday draw. There are 50 bonus prizes of $20 to $150 up for grabs and anyone depositing just $25 will be able to enter.

That's not all, as at the end of the Golden Leaves promotional offer, a special draw will award a $1,000 bonus prize to a lucky player who was in the top 20 rankings during the contest.

Join in the fun at Intertops Casino this season, but always remember that gambling can be addictive. Never play with money you can't afford to lose and seek help from gambling support organisations if needed.