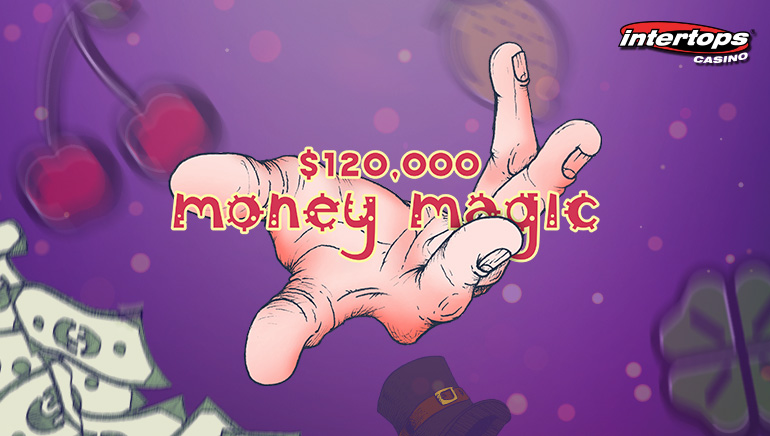 Players at Intertops Casino will be able to compete for $120,000 in bonus money this month when they enter the Money Magic contest.

Intertops Casino is running a special Money Magic contest between now and December 3rd. Players are able to land bewitching prizes as $120,000 in bonus money is on offer. This spook-tacular promotion is open to both new and regular customers of Intertops Casino.

Anyone can collect points as they play on the slots and table games at Intertops Casino this month. $30,000 is waiting to be claimed each week by those on the leaderboards, with the top 20 players each collecting a magical $500 in bonus money. Even the player who comes in at number 300 will win a $30 bonus, so everyone gets a chance each week.

Every Thursday during the Money Magic contest, randomly-picked players will win one of 50 special bonuses worth between $20 and $150. At the end of the promotion, anyone who has been in the top 20 in any week will be entered into a draw for a massive $1,000 bonus prize.

Collect Points Online Or On Mobiles

No hocus pocus is required, as points are automatically credited and all that punters need to do to win prizes is play more than other players, online or on their mobile devices. Everyone starts afresh each Monday throughout the month, so if you didn't reach the top in any week, you have a chance to win a huge bonus in the next one.