Intertops Casino Dives Deep for $120k Under the Sea Event 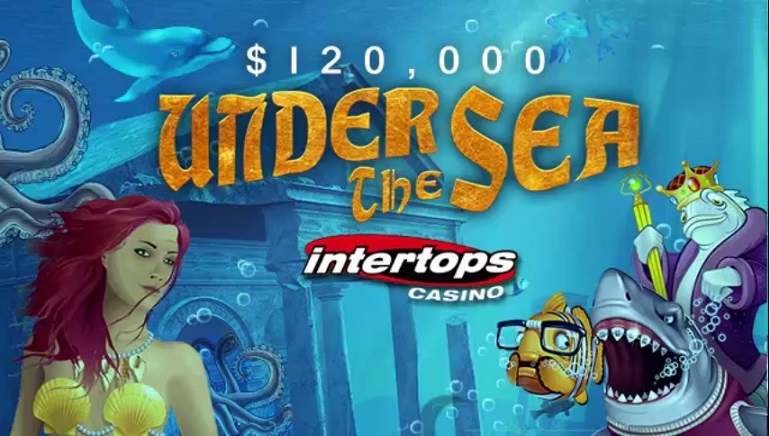 Under the Sea is an event to be treasured. Get involved at Intertops Casino to win a share of $120k this summer.

Intertops Casino is helping players stay cool this summer with a special event themed on sunken treasure. Under the Sea is an event in which Intertops Casino players can claim a share of $120,000 worth of prize funds, with $30,000 paid out each week.

When opening its treasure chest, will give 300 of its best performing players a bonus reward of up to $500. Alongside the bonus payouts, there will also be cash prizes of up to $150 awarded to 150 random players. One random player chosen from the weekly top 20 performers will then plunder a $1,000 cash prize.

Rise Up the Leaderboard

To be considered a top performer, the challenger is for treasure hunters to generate reward points by wagering on Intertops Casinos’ various Realtime Gaming (RTG) titles, covering all manner of slot games. The casino will then generate a live leaderboard to track progress, with each set of weekly winners determined on the Monday of the next week.

Thus far, software firm RTG has made slots based on a trove of different themes. At a glance, the more beloved releases have been Mermaid Queen, Shark School, Ghost Ship, Crystal Waters, and Goldbeard.

NetEnt Sets Sail in Brand-New Rage of the Seas Slot

Sail the Wild Seas in 2018 with Elk Studios New Slot