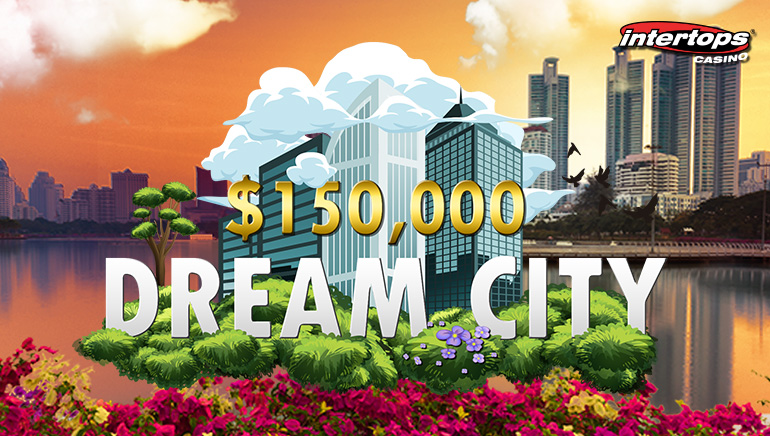 Intertops Casino is running a huge $150,000 Dream City promotion between now and May 28th, with players earning points and claiming big rewards each week

Intertops Casino is running a special promotion each week until 28th May, with the Dream City tournament seeing players competing for a share of $30,000 a week, and $150,000 over the course of the competition.

Anyone depositing $75 or more will be able to enter the Dream City bonus competition, earning points as they play across the great range of slots, table and card games. Each week, a leaderboard will reveal who has staked the most on the games and how much they stand to claim in extra bonus funds.

The more games played, the higher the board they climb and the bigger the rewards at the end of the week, but there are also random draws, so everyone is in with the chance of landing a prize.

But that's not all, as there are 50 extra awards of between $20 and $150 each Monday, Tuesday and Wednesday throughout the Dream City promotion, and anyone who scores a top 20 place in any week will be entered into a special draw at the end for a $1,000 bonus.

This fantastic promotion is running from now until May 28th, only at Intertops Casino.