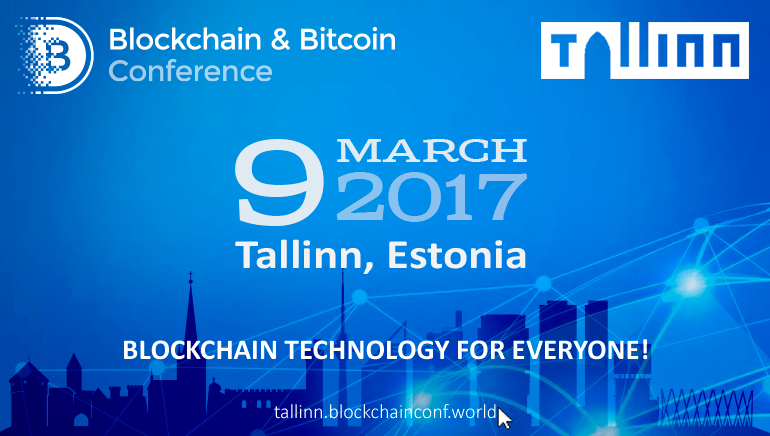 On March 9, Tallinn becomes the world capital of Blockchain and cryptocurrencies, thanks to the event hosted by Smile-Expo.

With the popularity of Bitcoin on the rise, the number of events dedicated to the crypto currency is also increasing. In early 2017, Tallinn will be hosting the Bitcoin & Blockchain Conference. This is the first large block chain conference in Estonia, organized by Smile Expo and will take place on March 9. It is a part of a wider network of Blockchain events, with Moscow, Kyiv, Prague and St. Petersburg hosting the other conferences.

Prominent Speakers and Companies Get Together in Tallinn

We will be following closely the Bitcoin & Blockchain Conference, one that focuses on both Estonian and foreign Bitcoin projects. The event will be well attended and among the participants, the hosts expect IT developers, investors, equipment and software manufacturers as well as entrepreneurs. The presence of prominent speakers is also supposed to attract more people interested in learning about the latest trends.

These experts will talk about how Blockchain is implemented by governments, banks, healthcare and media. Since this is the first major conference devoted to crypto currency in Estonia, many important local players are expected to participate. The last time so many experts got together to discuss Blockchain and cryptocurrencies was on November 10 in Moscow.

Major Topics of the Conference

Smile-Expo Company is the one organizing the conference and it promises to gather notable experts under the same roof. The topics will revolve closely around Blockchain solutions and their usefulness in all spheres of government as well as private organizations. Innovative ideas, such as the import of medical charts into Blockchain for protection and superior access will be discussed.

Participants will get to learn more about the latest IT projects that are expected to be implemented over the next couple of years. Innovators and developers will get to meet and interact on many levels with investors and businessmen capable of pushing their projects into overdrive.