A restructuring at the top enables adaptation of the massive holdings of the new group JPJ and Gamesys are forming.

The governance of London-listed JPJ Group Plc has announced a deal to acquire operating partner Gamesys Limited outright in an eye-catching half billion transaction.

The foundation for this deal was laid in 2015, when a deal of similar scale took place in the form of Gamesys selling holding JackpotJoy brands to ex-Canadian group Intertain for £430 million.

Intertain was ultimately destined to migrate its listings and holdings onto the London Stock Exchange, with a new executive formed JackpotJoy Plc after the reorganisation—later to be renamed JPJ Group.

The deal shores up Gamesys debts, and increases JPJ Holdings considerably, providing an estimated
7.3x adjusted EBITDA to Gamesys assets for 2018 through December of that year.

A new leadership structuring will take place as well between senior executives of the two groups, with Gamesys CEO Lee Fenton to be reappointed Gamesys Group Chief Executive.

Fenton called the formation of the Enlarged Group “a strategically important transaction that adds scale and combines complementary capabilities as the competitive and regulatory environment continues to evolve.”

Rounding Out the Team

Other members of the top tier will include Robeson Reeves as Group COO and Keith Laslop as Group CFO, with current JPJ Chief Executive Simon Wykes taking the role of will assume the role of Transition Director for the 12-month period following the transaction.

The restructuring of large entities is a salient reminder and important glimpse for stakeholders into at the scale of corporate interests that ultimately lie behind the technology being brought to our fingertips. 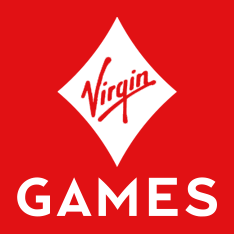