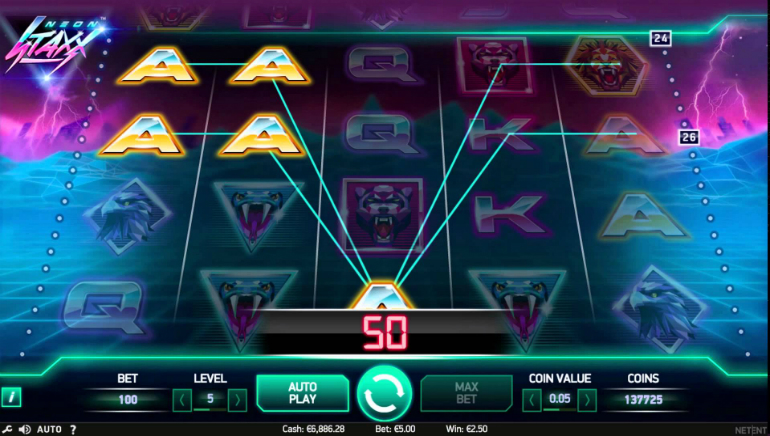 The latest OCR special feature explores the most popular slot themes of 2015 and why they will continue to be relevant in 2016.

Slots offer tremendous development potential because of the astonishing volume of themes that can be covered, and this is why they can continue to impress casino players year after year. In the latest OCR special feature, there will be a recap of 2015’s most popular slot themes that are expected to still be prominent in 2016.

Drive (2011) and Tron: Legacy (2012) were two films that gradually stimulated interest in the concept of retro 1980s visuals reimagined in the present. NetEnt’s Neon Staxx slot has so clearly been inspired by the style of both films, considering the heavy use of soft blue and pink tones. Neon Staxx even has a neon grid laid out above and below the gaming interface, which is a direct nod to the style of the Tron franchise.

Retro is a dazzling visual style that continues to remain en vogue, given the recent popularity of films like It Follows (2015). With so much left to explore, we are tipping the retro trend to continue into 2016. Experience it for yourself by trying Neon Staxx at Casino Adrenaline, Casino Cruise, or Fruity Casa Casino.

Neon is a style that can be associated with retro, but can stand alone as its own theme. Retro often depends on the use of pink and blue, but neon can draw from a wider colour palette. A great example of this is Neon Reels, a video slot produced by developer iSoftBet.

iSoftBet’s Neon Reels slot has been designed to display the five reels in a 3D construct, with each of the reels bending around the screen. The reds, yellows, greens, purples, and other colours then dazzle as the images whirl around. For added impact, iSoftBet has darkened the background to make the colours look extra special.

An added bonus for Neon Reels is that the slot has been built with a progressive jackpot, which is won with five jackpot symbols on an active payline. SlotsMillion Casino currently has Neon Reels among its many other video slots.

There are some truly strange slots out there, but Machine Gun Unicorn has to be the most bizarre that OCR has encountered in quite some time. Inspired in no way by 2011 film Machine Gun Preacher, the slot comes from the minds of Genesis Gaming.

Machine Gun Unicorn is amusing from the get-go. Although loaded with cute unicorns, the balance is skewed in the other direction. Unicorns appear holding axes, baseball bats, and machine guns, ready to do battle with dragons and zombie heads stored in jars.

There will always be a place for funny or wacky slots, so long as they are genuinely good. Retro and neon could have their golden ages, but funny and wacky perhaps have more longevity. See for yourself by experimenting with Machine Gun Unicorn over at BETAT Casino or Video Slots Casino.

Slot: Titans of the Sun

Ancient and mystical slots have had dedicated audiences for years now. Cleopatra is clear proof of that, as it continues to be played at casino sites and has inspired a wave of Egyptian slots. More recently, though, Microgaming has chosen to explore Ancient Greece by developing its Titans of the Sun slot.

Egypt is not the rich source of slot material that it once was, which is why Titans of the Sun was needed to continue the legacy of ancient and mystical slots into 2016. Another interesting facet of the slot is that you can play the Hyperion (male) or Theia (female) version. You find either at bet365 Casino, Jackpot City Casino, or Tivoli Casino.

Yggdrasil Gaming Delivers a Gem with Dwarf Mine Slot