The Ultimate Showdown: Craps vs Roulette 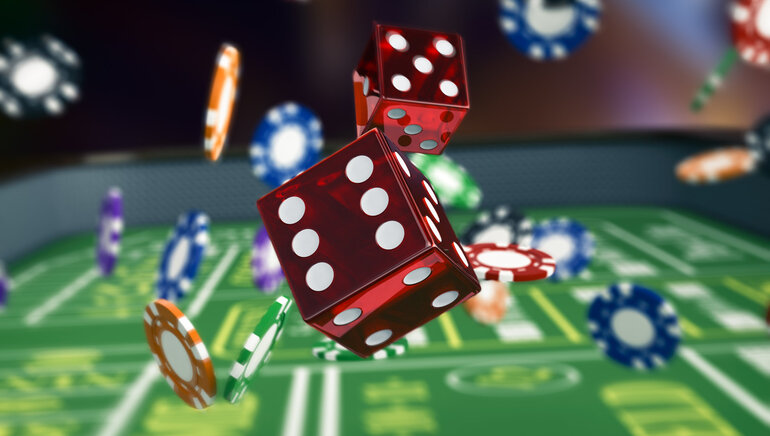 Players, who are new to the world of gambling often ask, which is better, craps or roulette? Which has a lower house edge, which is easier, which is the most fun? Here it is—the ultimate guide to craps vs. roulette.

Craps and roulette are popular table games at both land-based and online casinos. As such, they are often compared to each other. Players, who are new to the world of gambling often ask, which is better, craps or roulette? Which has a lower house edge, which is easier, which is the most fun?

While not all of these questions have definitive answers, we can surely provide some solid information along with food for thought to help you figure out which game is most worth your while.

Here we go—read on for the ultimate guide to craps vs. roulette.

Before jumping into the pros and cons of each game, let’s start with the basics. How do you play craps, how do you play roulette? Below you can learn the basic goals and rules of each game. Right off the bat, you may feel that one is more appealing to you than the other.

The game of craps is fairly simple yet riveting. In land-based casinos, you’ll often find large crowds and commotion around craps tables, leading to excitement-charged rolls and suspense.

Craps tables at land-based casinos have 4 casino staff people (online, everything is automated). Casino staff includes the boxman, stickman, and 2 dealers. The boxman is in charge of the table, the stickman holds a long stick with which he or she pushes the dice around the table, and the dealers are positioned at different ends of the table to give players chips when they buy in.

In craps, there are several common bets: pass line bet, don’t pass bet, come bet, and don’t come bet. Pass line and come bets call on the shooter to win, while don’t pass and don’t come bets call on the shooter to lose. Riskier bets include the place bet, buy bet, and proposition bet, which involves wagering that specific numbers will be rolled. These are riskier but also pay out more, with odds ranging from 7:5 to 30:1.

Roulette is another land-based and online favourite. There are 2 main versions of roulette: European and American. Both versions feature a large wheel with narrow sections labelled 0 to 36. The American version has an extra section of 00. The sections are red and black, except for the 0s, which are green.

At land-based casinos, there’s only 1 casino staff member manning the game: the croupier, or dealer, who spins the wheel and then rolls in a ball in the opposite direction. Players place their bets on where the ball will land before the croupier spins the wheel.

There are 2 basic types of bets—inside and outside—but these larger categories contain many subcategories with specific types of bets. Inside bets include straight, split, street, double street, corner, and trio, while outside bets include low/high, reds/blacks, evens/odds, dozens, and columns. Inside bets are placed directly on 1 or more numbers, while outside bets are based on specific groups.

Now that you know the basics of both games, you can delve into the details—which game is better? Obviously, this is a subjective question, but there are several aspects to consider: house edge, payouts, complexity, and where you’re playing (land-based casinos vs. online). Let’s dive in.

In craps, even-money bets have a house edge that ranges between 1%-2%. Roulette has a higher house edge—2.7% for European and 5.26% for American roulette. The higher house edge may drive potential roulette players toward craps instead.

However, while roulette’s house edge is higher, it’s also consistent. The house edge in craps changes from bet to bet. Players who prefer playing it safe may consider it worthwhile to play a more consistent game than a game whose house edge is constantly changing.

Both craps and roulette offer high and low payouts, which makes both suitable for players who have different betting preferences. In craps, pass line bets have a 1:1 payout, while other bets have payouts with odds as high as 30:1. Similarly, roulette offers payout odds ranging from 1:1 to 35:1.

Craps is considered a slightly more complex game than roulette because bets aren’t always resolved with one roll of the dice, whereas in roulette, you know if you’ve won or lost after one spin of the wheel. Additionally, the different house edges for different craps bets can make it harder to come up with a solid betting strategy.

Your preference for a particular game may depend on where you’re playing—at a land-based casino or online. When you play at a land-based casino, craps tables tend to have a super-charged atmosphere of excitement and suspense, which can be exhilarating for some and intimidating for others. If you feel intimidated, you may find roulette more your speed. If you thrive, however, from super-social, exciting gameplay, craps will definitely be your game of preference.

If you play either game online, the social component is removed, so your considerations will be based on other things, like house edge, odds, and your general proclivity. Live dealer versions of these games online offer an experience similar to land-based casinos, but the fact that you’re not in the same room with the players may make the craps experience less intimidating but still exciting. The choice, ultimately, is entirely yours.

When it comes to deciding which game is better, only you can answer that question. You can consider house edge, payout odds, complexity, excitement, and more, but ultimately, your decision will probably be based on your gut feeling. But remember, you don’t need to make an official choice—you can play either game whenever the feeling strikes, and this way you can enjoy the benefits of both!