World Cup 2018: Breaking Down the Teams 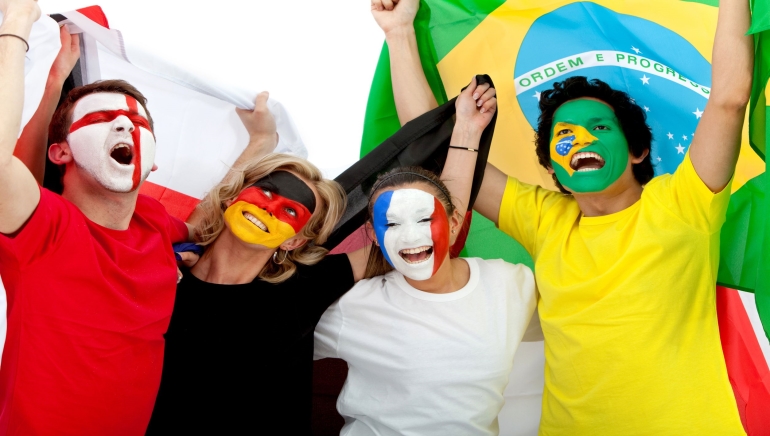 The 2018 FIFA World Cup from Russia begins today at 16:00 GMT with a match between Russia and Saudi Arabia.

We have waited just about four years since Germany added a fourth star to their jersey. In fact, it was exactly 1,432 days since Mario Gotze put in the winner in the extra time leading the German squad to victory over Argentina. That was then, and this is now. 32 teams will be battling over the next month in the biggest World Cup to date, but only one can raise the trophy in victory. Before the action kicks-off today, let's take a look at the tournament favorites, and, some of the upsets that could occur.

Back in 2008 when the Russians placed their bid to host their first World Cup, they had just reached the semi-final at the European Championships for the first time. They are the lowest-ranked team of the 32-team field and are dealing with significant issues both on and off the field.

Juan Antonio Pizzi is in charge of the Saudi National team and what a job he must do. Using his star player, Mohammad Al-Sahlawi, the 30-year-old striker will be crucial to their success.

The last time Egypt qualified for a World Cup was in 1990. Hector Cuper, the Argentine coach, takes a defense-first approach and tries to counter-attack as much as possible. This may not be the best use of Muhammed Salah, but it has worked for him in the past.

Most likely the group winners. Uruguay had an incredible qualifying run, and they should easily handle the field, and, expect to see them in the later stages.

After winning the European Championships Portugal has proven it can win on an international stage. Time is running out for Christiano Ronaldo to try and win a World Cup, but they have a tight group with Spain as its chief rival.

The Spaniards come to Russia with one of their strongest teams yet. Does Andres Iniesta have what it takes to lead his team to glory? Only time will tell.

It has been 20-years since the Moroccans were in a World Cup so don't expect them to make it out of the group. Nabil Dirar will be the key player to watch.

They had an incredible run to qualify to go unbeaten in 18 matches over two rounds. This is their fifth World Cup it may sound far reached, but Iran might be able to spoil the dreams of Portugal or Spain.

The young team promises to be one of the best teams to watch this year. Didier Deschamps will be focused on reaching at least the Semi-Finals, and it would be perfectly fine to think Les Bleus could win this thing.

The Aussies go into the tournament lacking a definitive coach, but, Mile Jedinak and an aging Tim Cahill (37) will be fun to watch.

It was miraculous that Peru qualified over Chile, Ecuador, and even Paraguay, but they did it by conceding only seven goals in eight matches last year.

The Danes are the fastest improving team in Europe and are unbeaten in their last 11 matches. They could steal the second spot and advance to the next round.

Messi and the crew get set to try and redeem themselves after losing to the Germans in the 2014 Final. They could've used their last friendly match, but, after threats stopped them from playing against Israel, Argentina will need to go at it a bit colder than the rest.

With only 330,000 people in the entire country, Iceland has proven that the talent on their island is the real deal. Expect big things from this tiny nation.

This team has struggled over through the qualifiers and will need to improve drastically if they want to stay a while longer.

They qualified easily after beating Cameroon, Zambia, and Algeria. Nigeria could be the sleeper that no one saw coming.

The tournament favorites, Brazil have a strong team that should be incredible to watch. Expect at least a semi-final berth.

The Swiss are actual contenders this year, well, at least for a spot in the quarter-finals. Don't underestimate this team.

The Costa Ricans have talent on their squad and could pose a significant threat to Switzerland and Serbia, but they will need a ton of help from the limited-resource roster.

They destroyed their competition in the qualifiers and are back in search of a ticket to the next round. It will be incredibly hard for the Serbs to advance.

The current Champions are back and could repeat their feat from 4-years ago. The Germans are always one of the best in the world and this year is no different. Expect great things.

They are cursed in the round of 16, but, maybe, just maybe they will be able to overcome the odds and make it a little farther this year.

Zlatan Ibrahimovic retired from International play but is back for the World Cup. After beating the Italians in the qualifiers, Sweden has a lot to prove.

Since 1986, there has not been a World Cup with South Korea. Their best finish was in 2002 where they reached the semi-finals. They do not look strong this year.

They are one of the most talented teams in the tournament and could be the team to beat in the later stages.

This is the first time that Panama has qualified for the World Cup so don't expect them to do much more than that.

There is some talent on the roster, but regarding Tunisia doing anything significant this year; doubtful

The Three Lions are back again and have a strong team. Be sure to watch Harry Kane do damage to teams in the group.

Other than Robert Lewandowski (Bayern Munich), the Polish are not polished. They will probably make it to the next round, but that's it.

Behind Sadio Mane (Liverpool), the Senegal team could again stun the world with a good performance this year.

They were in the quarterfinals four years ago and had the talent to reach the same spot, if not farther, yet again.

They lack superstars but do have solid players with European experience. It would be tough to expect them to advance to the next round.