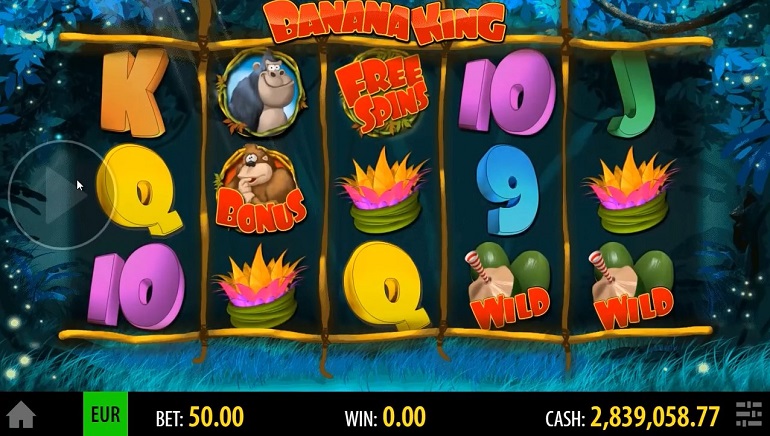 There is much more than monkey business at play with Banana King slot machine game. A staggering €686,000 Mega Jackpot was struck by an incredibly lucky player!

Acclaimed game maker, WorldMatch entered the big leagues of jackpot payouts when a €686,000 Mega Jackpot was struck on the enticing slot game, Banana King. This 5 reel, 3 row slot machine game features 25 pay lines, and more jungle-themed entertainment than players know what to do with.

The star of the show is an oversized gorilla with a penchant for bunches of bananas, tropical fruits, cherries, and free spins. Powered by WM technology, this captivating slot machine game has been trailblazing since inception in February 2018. A year later, it is one of the most played games in Italy, and the proof of the pudding is the massive jackpot that was recently struck.

A lucky player at Betpoint.it was monkeying around on the slot machine game when the jackpot bells started jangling and the payouts came crashing down. The Mega Jackpot amount totaled €686,000. Among the many exciting features in the game are the cartoon-style animation, bright colours, and cheery beats.

Players can win 60 Free Spins with 5 free spin symbols, and the fruity wild symbol substitutes for all other symbols except for free spin symbols and bonus games to form winning combinations. The bonus symbol is the gorilla, and when players land 3 bonus game symbols, the bonus game is activated. Players will then have an opportunity to pick the bananas until they see the ‘collect’ sign. Banana King slot features autoplay functionality, tailored betting options, and 3D animation. It's an incredibly popular slot game with mobile players.