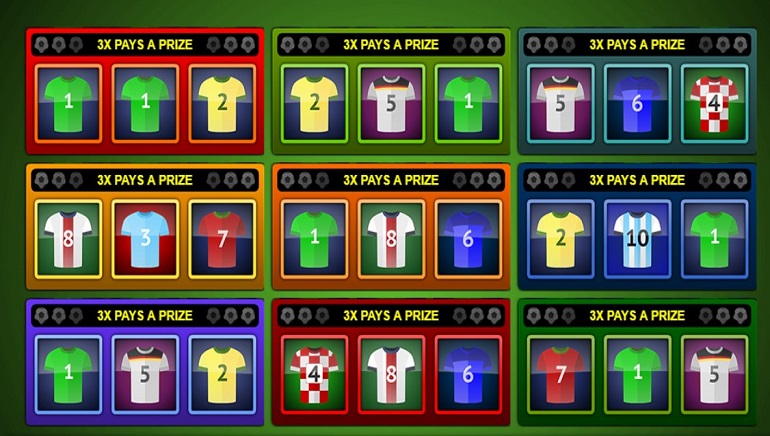 Football 3x3 slot is the latest game released by 1X2gaming in anticipation of the World Cup 2018.

The World Cup 2018 is just around the corner and football fans prepare for the most important sports competition of the year. In anticipation of this event, 1X2gaming has developed the Football 3x3 mobile friendly slot. The game was released in time to celebrate the upcoming competition and it has the uncanny ability of getting players in the mood for football.

What makes this game special is that it has a unique structure, which allows people to actually play nine slots simultaneously. They are always in control and decide when they want to make changes to the 3X3 grid. Players can make these substitutions whenever they please, so there’s no risk of getting stuck with an unlucky position. The Football 3x3 slot has unique game mechanics, but the learning curve is smooth and it brilliantly captures the footy spirit.

1X2gaming's new football slot can be played for free, using the demo version. This provides players with plenty of time to master the core game mechanics and learn how to change the 3X3 grid. Football 3x3 has a top row that pays smaller amounts, but does it more often than the high paying lower row. This allows players to make a seamless transition from small to big stakes, which makes it appealing to beginners and veteran players alike.

The minimum amount that can be wagered on each spin consists of £0.10, which is suitable for new players. At the opposite end of the spectrum, are the massive £45 max bets which in turn can produce top winnings of as much as £10,000. Players who think that a slot is only as good as its return to player, are likely to be happy with Football 3x3’s 95% RTP.