A bit of nostalgia, Funfair Games Launching Their First Branded Game Hugo: Up & Away 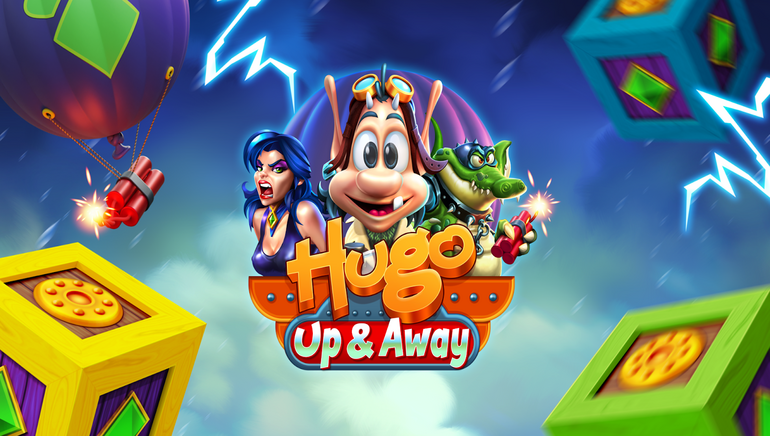 FunFair Games has unveiled its latest crash-game Hugo: Up & Away, an exciting new release that celebrates the iconic character made famous by the 90s TV show.

FunFair Games’ Hugo: Up & Away has just arrived at licensed online casinos, and it can be enjoyed on mobile devices. The creative game development studio broke the ice with its first branded release, again created in partnership with the character’s owner, 5th Planet Games. This electrifying multiplayer crash game is story-driven and has the famous troll Hugo at his centre. Join him as he navigates the treacherous skies and brave the storm together for a chance to win memorable payouts.

The Sky is the Limit with Hugo: Up & Away

The latest release from FunFair Games builds on the popularity of the crash-game genre while delivering a more immersive experience. You can play the game on your smartphone and use sensible staking to compete for small payouts or nosebleed amounts. You will be successful in your quest if you can avoid the explosive TNT balloons launched by Hugo’s opponents. The maximum amount that can be one is 2500 times the stakes, which is a lot.

When lightning strikes, the game ends, so it’s essential to keep that in mind and conclude the voyage on your terms. Players are in complete control and can deploy the parachute whenever they feel happy with the amount collected so far. You can bet twice per round, so the action never runs out when you launch the game. Those who have played the company’s top-performing game AstroBoomers: To the Moon! will feel comfortable playing Hugo: Up & Away.

Hugo is an internationally acclaimed character that became famous in the 90s, through the Danish interactive live TV show hit. Broadcasted in more than 40 countries, it grew into a full-fledged franchise and was celebrated in computer, console, and mobile games. The partnership between FunFair Games and 5th Planet Games set an important milestone for the character, as it was brought back into the spotlight. The game is one of the most successful renditions of Hugo and does justice to the popular character.

FunFair Games is one of the more creative software developers with a small portfolio of original slots and crash games. It aims to provide Gen Y & Z players with quality entertainment that has so far been outside their reach at classic casinos. The result is a collection of games with a unique multiplayer style that can easily win the hearts and minds of younger punters.