A Look Back At The First World Gaming Expo 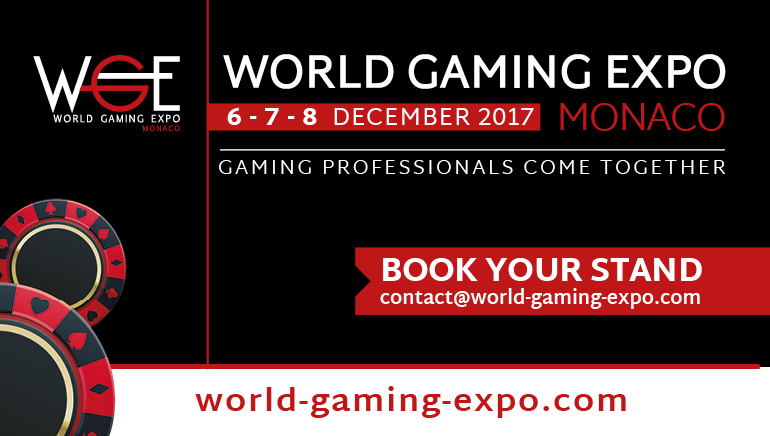 The first World Gaming Expo was held in Monaco in December 2017, and saw attendees coming from around the world.

The inaugural World Gaming Expo was held at the Grimaldi Forum in Monaco from 6th to the 8th of December, 2017. It proved to be a success, and founder Igor Gamba has already stated that the event will become an annual fixture on the e-gaming expo circuit.

Exhibitors came from 14 European and Asian countries, as well as from the USA, and by their own estimates, visitors came from a total of 69 different countries. The first day saw a number of local and international celebrities from the gaming and sporting world joining in, including middle weight boxing champion Hassan N' Dam, Formula E racing driver Maro Engel, and Patrik Antonius, who is the biggest ever online Poker winner.

They could join the attendees at the busy open space conference area, where gaming industry veteran Steve Donoughue kept the crowds entertained. The first day ended with an Opening Evening Gala at the famous Café de Paris, an event which promises to get bigger and better each year.

Moving On To The Second Day

Day two was a time for networking and seminars hosted by a number of speakers from within the industry, including keynote presenter Charles Gillespie. Some of the special guests enjoyed a Poker session in the conference centre and the world Poker champion was actually beaten in the game.

The third and final day was open to gaming enthusiast from both within and outside of the industry. It was a free day, thereby attracting a large number of fans who wanted to get a glimpse inside the gaming business. Throughout the conference, some 40 media events and interviews with organisers, attendees and exhibitors were held.

Post-conference feedback has encouraged Igor Gamba and the WGE team to start planning for the next conference in December 2018. The speakers were particularly well reviewed and the next event will feature even more international contributors, along with a focus on trends that are driving the gaming business, now and in the future.

Although the 2017 event was limited in scope, the WGE team have pointed out that it was the first time that it had been held, and they are looking to grow it into a major annual fixture.