Did Abdul Gani Shabudin or did he not win a terrific sum of over 40 million rand at the GrandWest casino and entertainment automated coin machine?

Abdul Gani Shabudin is claiming more than R40m from GrandWest casino and entertainment complex. Shabudin believes he won this amount at an automated coin machine.

According to High Court documents, Shabudin instituted his claim after winning the money on June 26. Shabudin said he had put his card in a coin automated machine at 19:34 and it read that he had won R40 304 235.44.

He said he had informed the casino management about the jackpot he had won, but they refused to pay him. The claim was postponed temporarily on Thursday.

Acting Judge Owen Rogers said because of several shortcomings in Shabudin's summons, he did not think it justified the case. The casino's attorney, Anneke Viljoen, said Shabudin had to re-submit his summons to the court within 10 days.

GrandWest contested the claim. According to court reports the coin automated machine had been out of order on that evening and the largest amount that could be won on the machine was R50 000.

Casino reports showed that Shabudin tried five times unsuccessfully to push his card into the machine in question. The sixth time the machine accepted the card, but the reports said problems occurred when it tried to read the credit on the card.

The casino also said in the court reports that Shabudin's summons had been vague and confusing, because no legal grounds were given to indicate that the casino had a responsibility to pay him the money. 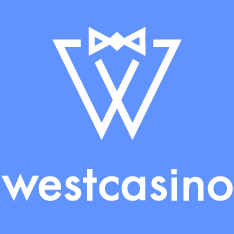 Will the Warriors Win the NBA Finals Tonight?

Lightning can close out Series with Win Tonight