Acapulco Open: Nadal advances to the second round in Mexico 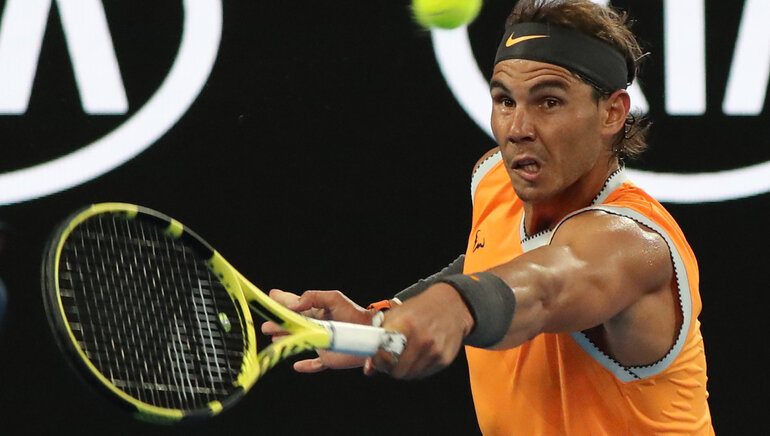 Rafael Nadal beat Denis Kudla to advance to the second round and takes on Stefan Kozlov tonight at 2:00 GMT.

Rafael Nadal advanced to the second round at the Mexican Open after a 6-3, 6-2 opening win against Denis Kudla. Nadal is coming off his record-breaking win at the Australia Open (21 Grand Slam wins all-time) and has opened this season tying his best start ever, with 11 wins and 0 losses. He hasn't had a season as good as this in terms of wins, since the 2014 season, before losing to Stan Wawrinka in the Australian Open final.

On Tuesday, Daniil Medvedev advanced to the second round of the Mexican Open with a 6-3, 6-4 victory against Benoit Paire, extending his quest for the No. 1 ranking.
If he wins, the 26-year-old Russian can pass Novak Djokovic for the top spot in the men's tennis rankings.
Medvedev, who won the 2021 U.S. Open and finished second to Rafael Nadal at the Australian Open last month, is making his maiden appearance in Mexico.

Medvedev, who came back from a break down in the second set to win, remarked, "It's not easy to come back after some relaxation and some time off competition. I fought until the finish against a very tough opponent, and I'm glad I was successful."

He'll face Pablo Andujar, who defeated Alex Hernandez 6-0, 6-1 in the previous round.

Medvedev will become the first player apart from Djokovic, Roger Federer, Rafael Nadal, or Andy Murray to occupy the top rank since 2004 if he wins this tournament or reaches the Acapulco final or if Djokovic does not win the title in Dubai.

He stated that he is considering the milestone, but that it may not occur next week.

In the Acapulco semifinals, Medvedev might face Nadal for the first time since the Australian Open final. Nadal came back to win the final at Melbourne Park in five sets, breaking a tie with Federer and Djokovic for the most Grand Slam singles titles by a man. It also kept Medvedev from being the first guy in Open history to win his second major title at the next Grand Slam event.

After winning the Australian Open, Nadal revealed he was considering skipping Acapulco to recuperate his body before playing at Indian Wells, but he later opted to return to Mexico.

"I've played fewer tournaments in recent years... and now I do it where I feel like," Nadal said. "At this moment in my career, this is a venue (that) leaves me feeling happy."

The next listed match in the Acapulco Open is Alexander Zverev VS Peter Gojowczyk and at 10Bet Sportsbook, Zverev is the heavy favorite at 1.04. The German, Gojowczyk at 13.00.

The odds in this article at the bookmaker mentioned were accurate at the time of writing on Feb. 23 at 7:00 GMT.