Agenda for the CEEGC 2016 in Budapest Finalized 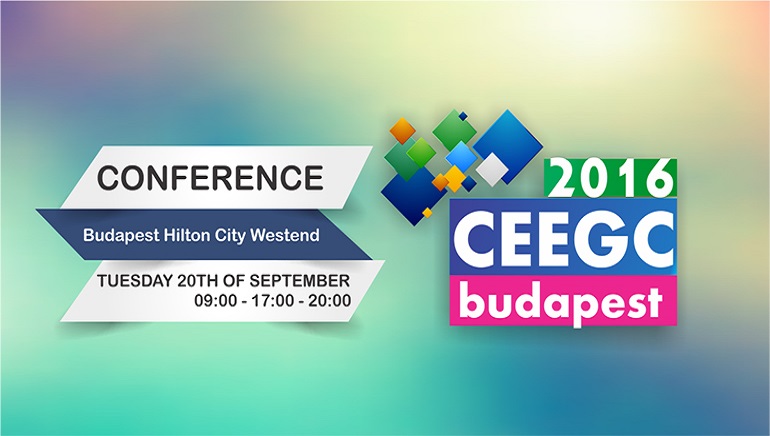 The CEEGC 2016 will take place in Budapest on September 20, gathering some of the most prominent keynote speakers from the region.

There is just a week left until the start of the Central and Eastern European Gaming Conference (CEEGC) 2016, taking place in Budapest on September 20. The full day schedule will see expert speakers take the floor to discuss some of the hottest topics from the gaming world.

The CEEGC 2016 is scheduled to start at 9:00 AM on September 20, with the registration of the participants at the Hilton Budapest City Hotel. All participants will be issued badges and expected to wear them at all times for the duration of the conference to ensure their access to the ball room where the event will be held.

Keynote speakers at the conference are some of the most prominent names from the Central and Eastern Europe's iGaming industry, including Eman Pulis, founder and CEO of SiGMA (Summit of iGaming in Malta), Odeta Nestor, President at the National Gambling Office in Romania, Stjepko Čordaš, CEO of NSoft, and many others.

With more than 20 speakers, the CEEGC 2016 will touch upon numerous interesting subjects like burning issues of the gaming industry in the region, Search Engine Optimization, artificial intelligence, and more. The Conference should provide answers to some common issues and offer ideas and suggestions for the future.

Scheduled towards the end of the Conference, Central and Eastern European Gaming Awards will be given out to deserving websites and businesses in different categories. We are proud to say that OnlineCasinoReports has been nominated in the Best iGaming Press Site category.

The award ceremony will conclude the official part of the conference, followed by an open bar. This is the time reserved for networking, socializing, and exchange of ideas, and is often just as important as the main segment.

Meeting new business partners or exchanging thoughts with like-minded people can often lead to a very successful cooperation or novel ideas, which is why all conferences always reserve several hours specifically for a free-style networking without fixed schedule.