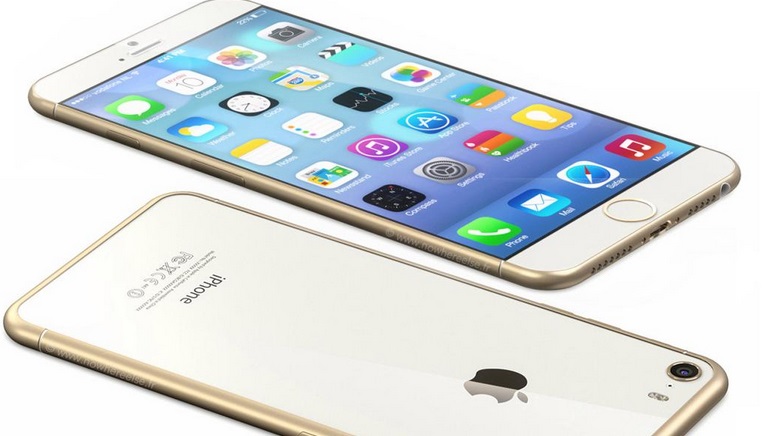 Apple has unveiled its new iPhone 6, whose larger screen size is good news for online casinos and players.

Yesterday in California, Apple unveiled the new iPhone 6 and announced its smart watch. Hitting stores in the US and eight other countries on September 19th, the iPhone 6 will be available in a standard version with a 4.7-inch screen and a 5.5-inch sized "Plus" version, with prices varying according to GB space on the devices starting at $199 and $299 for the 16 GB versions of both devices respectively.

The iPhone 6 has been revamped with a faster A8 processor, said to be 25% faster than the A7 which the iPhone 5S utilizes. The device will have 64-bit support and will sport the M8, a new motion coprocessor which is the natural continuation of the M7 found on iPhone 5S. Battery life is expected to be much better on the new iPhone 6 due to the device's bigger body. This is good news for online gambling. Now that more and more sites are online, the bigger iPhone 6 screen will make it easier for online casino players to see the graphics and features of the games on mobile.

iPhone 6 also marks the beginning of Apple Pay, a wireless payment method which is already supported by many merchants and businesses. We'll wait and see, but this also might be a new payment option for online gambling on mobile.

Apple has also unveiled its intriguing new smart watch and to the surprise of many it is not called the "iWatch" but simply "Apple Watch". It's rectangular and sleek with a sapphire display and a nifty digital crown for control. Apple Watch will come in 38mm and 42mm sizes and different strap choices.

Apple Watch will run outside apps, it will charge by a cord, will include many fitness and health features and most importantly – will tell accurate time with a deviation of no more than 50 milliseconds off at any time. The screen is probably too small for your favorite slots and games, but we'll keep you updated on these developments as well.