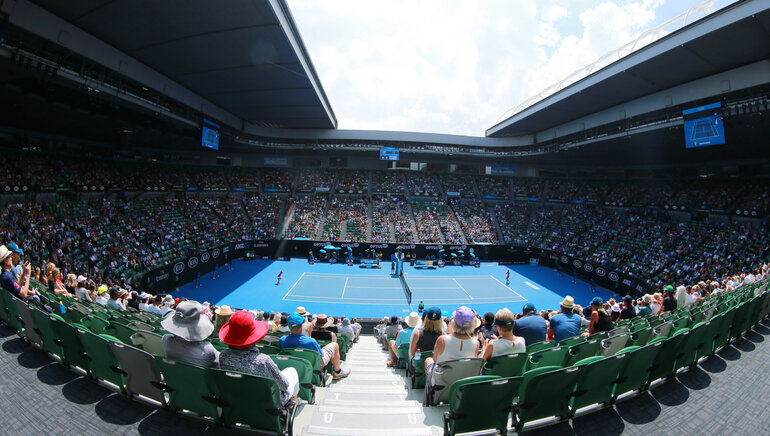 Rafael Nadal faces off against Daniil Medvedev in the final of the Aussie Open today at 8:30 GMT.

Today, Rafael Nadal, the king of clay and one of the best tennis players of all time, goes for his 21st Grand Slam victory to set a new world record for grand slam wins. Today, in the final of the Australia Open, Rafa will go up against 25-year-old Russian star, Daniil Medvedev.

The rivalry between Nadal and Federer or Nadal and Djokovic are of the best in tennis history, but Nadal vs. Medvedev seems like two different world's colliding. For some reason, Rafa is considered a slight underdog in this match, even though Medvedev only has one grand slam win to his name, while the Spaniard has 19-more. The only reason that Medvedev is ranked a little higher is for his one victory over Djokovic in a major final.

Medvedev is ranked 2nd, while Nadal is ranked 6th, but don't count the 35-year-old out so fast. Rafa leads their head-to-head 3-1, but Medvedev won their most recent match.

In the Semifinals, both Nadal and Medvedev needed four sets to beat their opponents. Nadal beat Berrettini, while Medvedev beat Tsitsipas, albeit getting hit with a $17,000 fine. The Russian screamed at the chair umpire after Tsitsipas was receiving coaching help from his father for many points during the match.

The Greek was fined $7,000 for coaching, which proves that Medvedev was right, but he shouldn't have conducted himself this way on the court.

The financial penalty will not be too harsh, as Medvedev will earn over $2.8 million if he wins today and over $1.5 million if he finishes runner-up.

The odds in this match are in favor of the Russian, as bet365 Sports has posted at 1.53 for him. For Nadal, odds are set at 2.63 for the big win. Personally, I would love to see Nadal break the Grand Slam win record before Djokovic eventually does it himself. Unfortunately, there is this feeling that Medvedev will ultimately win.

The odds in this article at the bookmaker mentioned above were accurate at the time of writing on Sunday, January 30 at 7:00 GMT.