Watch the latest ad for William Hill's Bingo and decide for yourself if it is funny and whether it should have been pulled by the ASA for violating advertising code.

The 2005 Gambling Act has defined the Advertising Standards Authority as the authority on all that regards online casino and gambling ads. The ASA has once again acted on its responsibility.

In trying to ensure online gambling ads keep with high standards, the ASA has banned several ads in the past, though generally gambling ads pass the standards test.

Not this one though.

The ad
ASA has found William Hill's Bingo ad, one in a series of ads for its Bingo product, inappropriate.

In the video on this page, you can see the ad, which William Hill believed was a clever marketing pun. The ad shows a lady moving the clock handles ahead to rush her husband out of the house, then running upstairs to play online bingo.

The ad has been banned.

Not funny
William Hill argued that the ad was an attempt at humor. The ASA disagreed.

Furthermore, it claimed the ad may cause emotional, financial and social harm.

And so the ASA finds itself defending humor, society, in addition to the high standards of the gambling world.

More bingo
Bingo is in full swing, as William hill's product shows. In the past weeks, 888 has also released a bingo site, by the name of 888 Ladies. 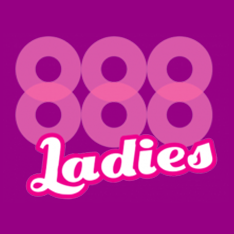