Betfair customers are about to see a whole new level of engagement.

The new deal which Realistic Games has struck with UK's Betfair to provide multi-channel gaming content to Betfair looks to increase interactivity and entertainment for all Betfair players, similar to the results which Realistic has provided in supporting it their other clients.

The terms call for Gibraltar-based Realistic to initially supply eight games for Betfair's ‘Arcade’ service. The games in this introductory array include roulette, blackjack and the Realistic's key technology, the ‘Super Graphics Upside Down’ slot.

This means that Betfair customers can play innovative offerings originating from Realistic including titles such as The Great Pyramid and Chasing Rainbows.

Realistic commercial director Andy Harris was glad to provide new offerings to Betfair's customer base, calling the Betfair online provider “one of the biggest players in the industry,” characterizing Realistic's new client as in the midst of an “impressive upward trend.”

He also pointed out matching characteristics between the two brands, saying that Betfair like his own Realistic is known for their innovative approach and desire to push the envelope of customer engagement.

Effective partnerships are certainly a key to maintaining competitiveness in the rapidly proliferating world of mergers and acquisitions which is currently driving growth in the iGaming industry.

UK customers are no strangers to Realistic games, as Realistic has already partnered with bet365, BetVictor, Ladbrokes, Paddy Power, William Hill, Gala Coral, Boylesports and Stan James to provide games via those online gambling sites. In many ways, this move was necessary just to keep up with the competition.

This is undoubtedly why Harris concluded by saying that the deal completed a “full house” of the UK’s leading operators for the supplier.

The full house approach demonstrates how vertical partnerships in the industry need to be spread among all competitors for technology providers and platform supporters to benefit from open markets for online gambling such as the UK. 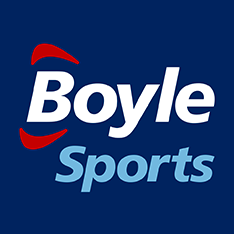